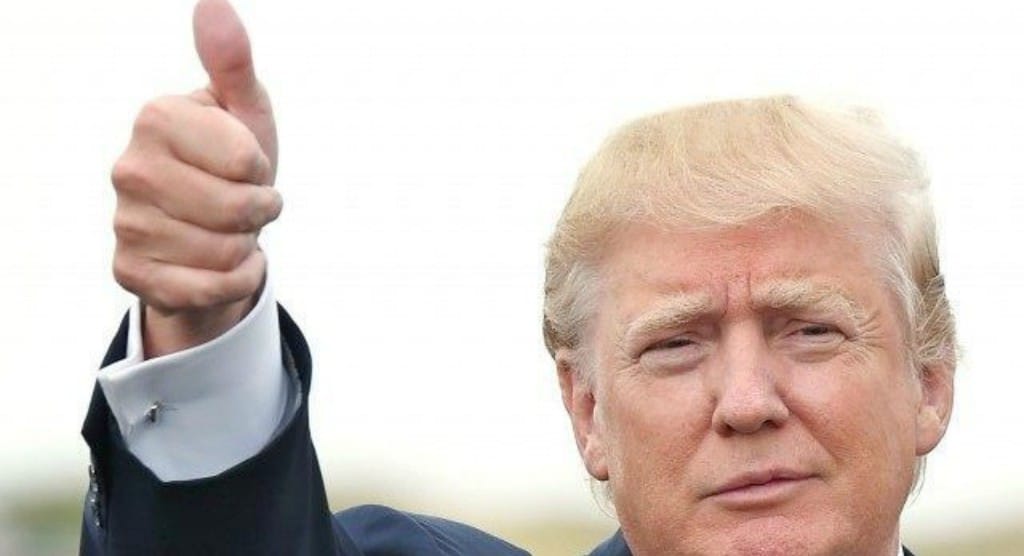 While Barack Obama is off giving himself medals, President-elect Trump is being a true leader.

Proof of Trump’s leadership qualities need no recap here. But it’s worth noting that one of the qualities of a true leader is his ability to do things that are personally uncomfortable, for the good of the whole. Obama, with his medal grab and his cheat-filled attempt to preserve his legacy, doesn’t have these qualities. But Trump does, and he’s using them.

Which brings me to the main trust of this article: Donald Trump is scheduling meetings with his enemies, and figuring out how to work together with them.

Western Journalism reports: “In a move that shocked most people, President-elect Donald Trump has revealed he will meet with Vanity Fair editor Graydon Carter on Friday.

Carter has been a vocal critic of Trump for more than a quarter century.”

Take note, if you missed it, of the timeline – Graydon Carter has been hating on Trump for 25 years, well before Trump’s successful presidential run. Carter is not a one-time enemy seeking an easy opportunity to cash in on popular liberal idiocy – he just really, really, really dislikes Trump. And he has continued to do so, for many years.

The point, mind you, is this: while liberals and opportunistic conservatives took pains to denounce Trump in the primaries and the election – right at the point where it would most help their name recognition in the public eye – Carter denounced Trump simply because he didn’t like him. Which, as deplorable as it is, is at least honest.

And that’s refreshing, to be blunt. Carter just doesn’t like Trump. He’s honest about it. And while he may be wrong, that’s still a step above the hordes of false critics that arose during the election, hoping to get a quick buck out of betting on a Trump loss.

So, if you’re a leader, what do you do with people who just plain don’t like you? You meet with them. And you hash things out. And you do it without worrying about what people might think of you – recall, if you will, that Trump’s willingness to meet with Putin of Russia predates any absurd claims of hacking or election tampering. Trump, see, was willing to meet with Putin just to find common ground – the same reason he was willing to meet with any foreign leader who wanted to talk with him. It’s the same reason he took calls from Taiwan, or the Philippines, or any number of the wildly successful foreign policy maneuvers he’s made before even taking office.

May this meeting go as well as the others.

And thank heaven for President Trump.