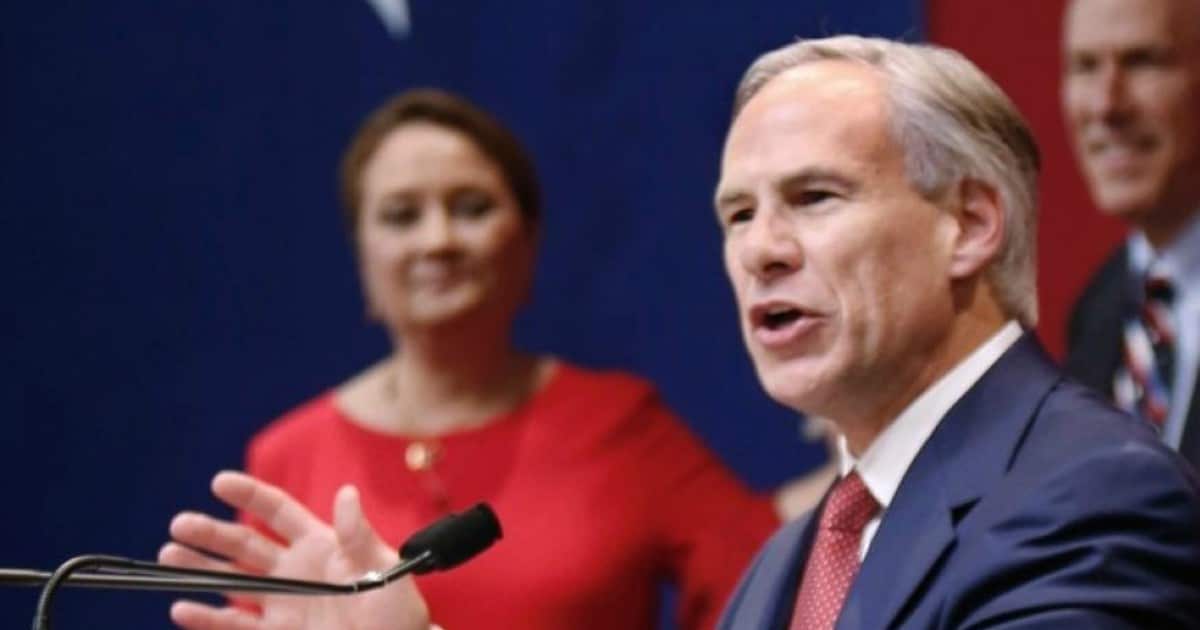 Throughout our country, there are liberals trying to undermine our values.

They want to rewrite what we believe about God, our country, even our genders.

But there are still some leaders left with backbone, who will not bow to the whims of the regressive left. Many of them are in Texas.

The Texas State Senate voted Wednesday Morning to approve legislation requiring residents use the bathroom in accordance with the gender on their birth certificate.

Opponents of the bill claimed it violated civil rights of transgender Texans, but Kolkhorst argued the bill was a common sense measure to protect women from potential voyeurism and sexual assault.

“I offer SB 3 … as a solution for Texas,” Kolkhorst said presenting her bill. “It will hit the reset button and provide the privacy and safety that Texans expect…”

“At a minimum, we need a law that protects the privacy of our children in our public schools,” Abbott said in a statement announcing the session.

SB 3 now goes to the House for approval, where it is expected to face increased opposition.

It’s shocking to think that there are people who would put the priorities of a micro group over the safety of women and children.

Precious few people in America “identify” as transgender. It is largely a trend blown out of proportion by the liberal media. Even those that do, can easily use the proper bathroom, without violating the safety of others.

Democrats don’t seem to understand this. Their platform has always been about fighting the majority. They don’t care about most people’s safety, or dignity. They simply look for a minority group that appears persecuted and use them as an excuse to expand the size of government.

Their end goal is an America that is no longer free, but under their control.

The passage of this bill is a common sense message to the rest of the country. It says that there are still people in America who will not bow to the radical demands of the left.