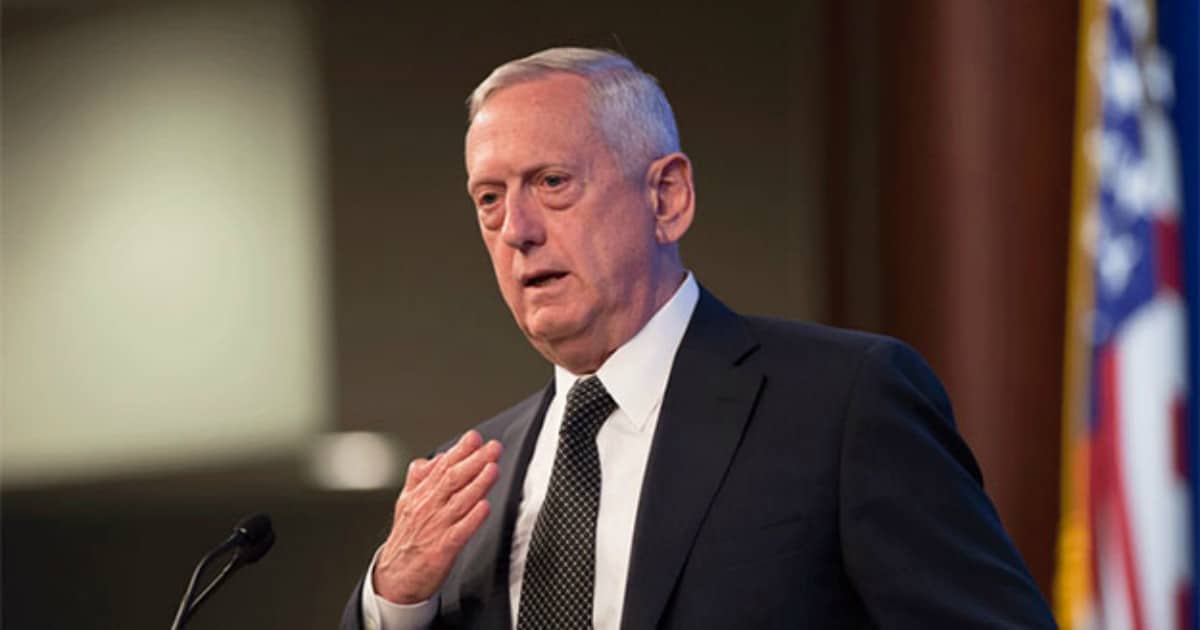 When President Trump appointed James Mattis to Secretary of Defense, he knew the man was going to shake things up.

The former Marine only cares about one thing: making the U.S. military the most effective, lethal force in the world.

That means ending any practice or training that is a waste of its time. Including anything that doesn’t do this.

Secretary of Defense James Mattis has ordered a full review of any military training not directly relevant to warfighting.

Mattis told the services to conduct a review of the “requirements for mandatory force training that does not directly support core tasks,” according to a Friday memo obtained by Military Times.

In other words, Mattis wants a full examination of all the hours of burdensome, irrelevant training service members have to undergo before deployment.

“I want to verify that our military policies also support and enhance warfighting readiness and force lethality,” Mattis said.

Mattis also asked for a review into what should be done about permanently non-deployable service members.

Our soldiers, airmen, marines, and sailors don’t need to be bothered with “sensitivity” training. They need to know how to take orders, operate their weapons, and win battles. They don’t have time entertain the stupid notions invented by liberals who never served their country.

The U.S. military is not a democracy. Nor is it a place for political nonsense. It is the single force that preserves our country and our freedoms.

Under Mattis, it will be that again.