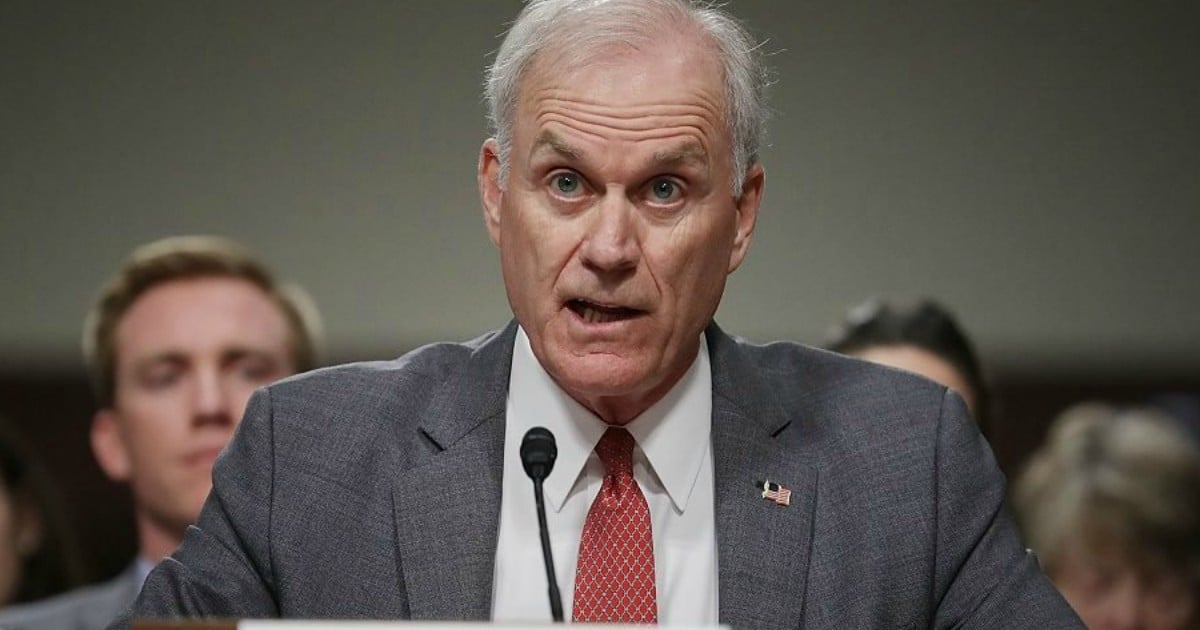 Conservatives are good with money. Liberals are not. It’s why the Right is usually the side that cuts taxes, slims down government, and eliminates waste.

Today’s money talk, though, is going to make you sick.

But the Navy? Well, they just burned through $4 billion. With a B.

That should leave you outraged, but curious. After all, military men are used to logistics. They should be good with money.

And in this case, they are good with money. They don’t want to waste $4 billion. They know how to fix the problem.

It’s simply that the government isn’t letting them.

And that should make you angry.

Secretary of the Navy Richard V. Spencer said Monday the problem of temporary, Congress-provided funds to the service has forced the Navy to burn $4 billion dollars of cash.

Spencer called for an end to Congress’ practice of providing temporary funds in the form of continuing resolutions and keeping the Budget Control Act on the books, that introduces serious defense cuts.

The start-and-stop costs associated with temporary funds has forced the Navy to dump $4 billion dollars of taxpayer funds into a trash can, pour lighter fluid on the pile and burn it, according to Spencer.

I asked @SenDuckworth about #USSJohnSMcCain & other naval accidents. Her response? Defense budget cuts create conditions for it to happen: pic.twitter.com/cmmBh4Ynhn

This requires some explanation.

The budget for the military is approved each year by Congress. In times of peace, the budget shrinks. In times of war, it grows. Nothing complicated – just approve the money you need.

Problem is, when you’re not sure how much money you’ll get next year, you can’t plan well. If you can’t plan for long-term budgeting, you’ll make decisions that are more expensive, even if they cost more.

Mind you, that’s just one example. But multiply examples like that over several hundred Naval projects…and you get roughly $4 billion.

That’s insane. And Secretary Spencer wants to end the practice.

Just give your boys a budget, and keep it constant. It saves money.