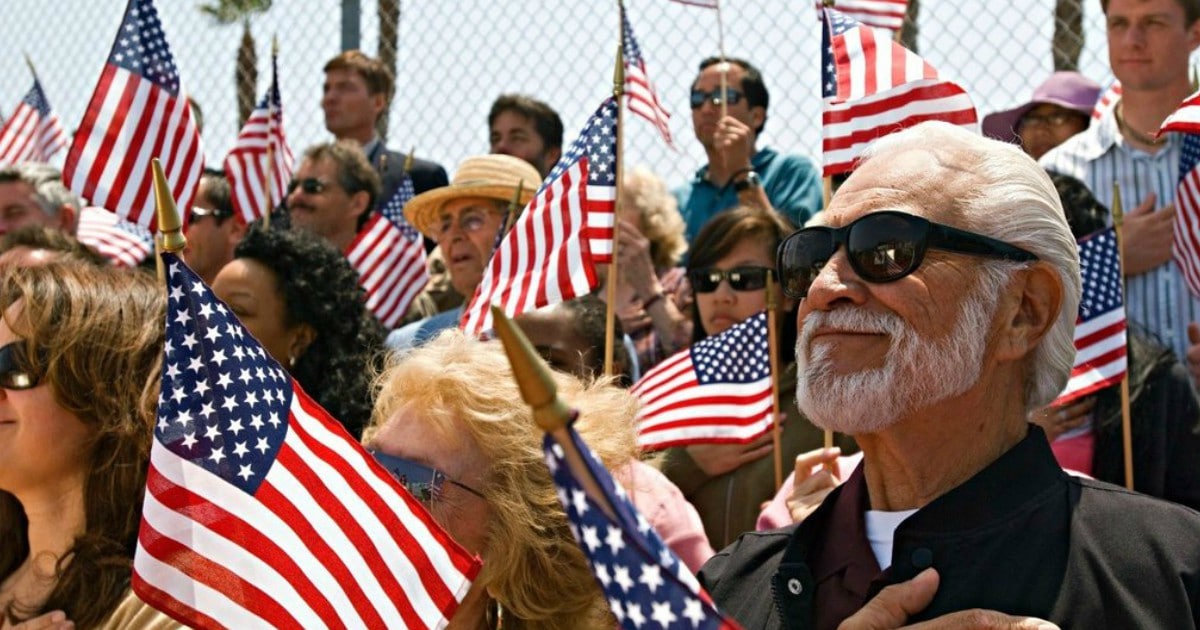 America is the number-one destination for people looking for a new start, and it has been for centuries. But now Americans are torn about the actual cost of immigration – and what Americans want might surprise you.

It’s no secret that American culture is made up of bits and pieces of other cultures, all fused together. There’s a reason we’re called the Melting Pot. It’s that selection of the best in whatever other countries have to offer that makes us as wealthy and free as we are.

Still, when surveyed, most Americans don’t want immigrants to just make us richer. They want one, simpler thing: assimilation.

Simply put, when it comes to the Melting Pot, Americans want immigrants to melt. And it’s which Americans want this that’s the most surprising thing.

Immigrants should adopt America’s culture and heritage, including the English language, most voters say.

66 percent of Americans said new arrivals to the U.S. should not bring their foreign cultures with them and instead adopt the American way of life.

There’s half a dozen ways to say this – ‘when in Rome, do as the Romans do,’ perhaps – but it really boils down to one thing: you have to adapt to the pot. Not the other way around.

And it shouldn’t be surprising that this is a feeling felt more among conservatives than liberals.

What is surprising, though, is where else the divide exists – not just in ideology, but in age.

There is a large generational divide between Americans who say immigrants should assimilate and those who should not.

For instance, among Americans aged 18 to 39-years-old, a staggering 38 percent said immigrants should bring their foreign cultures with them, whereas 17 percent of middle-aged Americans – 40 to 64-years-old – supported multiculturalism.

For Americans 65-years-old and older, only 12 percent support foreigners keeping their foreign culture when arriving in the U.S.

There’s an easier, more blunt way to say this – the closer you are to WWII, the more likely you are to insist that immigrants assimilate when they enter this country.

For obvious reasons, I think we can assume that those who witnessed WWII firsthand had a very different opinion of foreign influence than young liberals might have today.

Trump is of that older, more deliberate generation. That’s a good thing.