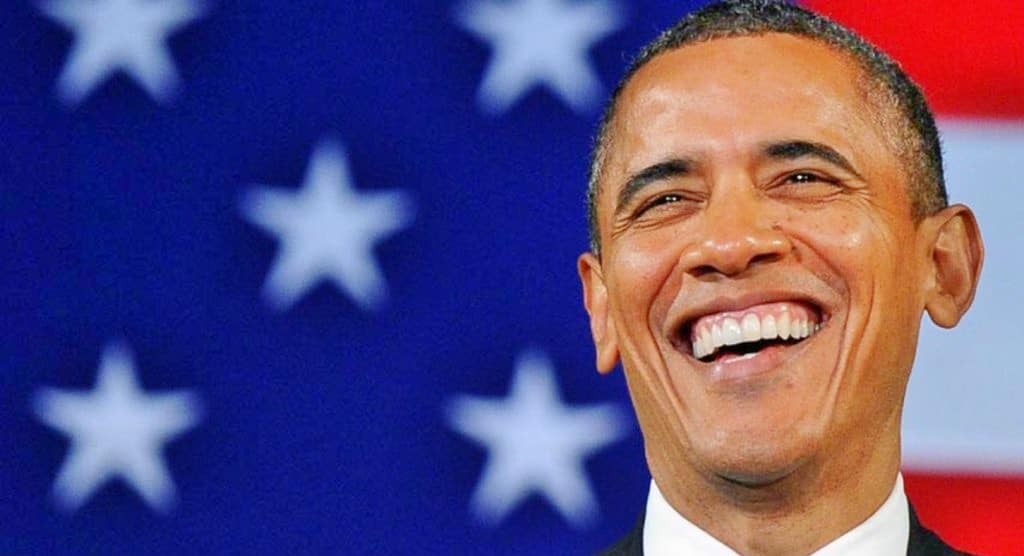 Speeches last a moment. But the internet is forever. Irony is not kind to Barack Obama, but it’s at least hilarious.

In the midst of his illegal executive actions being repealed, his illegal legislation being overturned, and his documents called out by Wikileaks, it’s fitting that one of his final actions – a Farewell Speech to the US military – has turned into a symbol of everything wrong with the man and his eight years of havoc.

Obama’s last speech to the military was yesterday, and it contained a potent symbol of the destruction of his administration – one of the honor guard members passed out on the floor.

Twitter thought the image was hilarious – and, to its credit, it was – but it’s worth noting that Obama did nothing to acknowledge the soldier, or give him aid. It’s fitting, I suppose, that a president who abandoned uniformed citizens in Iraq and Afghanistan to their fates – and who left ambassadors and SEALS to their fates in Libya – is sent off with an image of a fallen soldier. This is the very definition of irony. 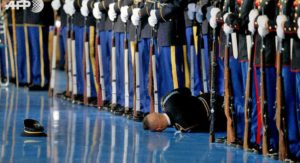 The soldier himself was checked out, and suffered no injury, thankfully. The internet will likely wound him more than the floor ever did. Luckily for him, the focus seems not to be on his fainting, but on what his fainting symbolizes for Obama’s legacy. And here, as usual, Twitter says it best: “His leaving makes me want to pass out too.”

It makes us all want to pass out, good sir.

Obama’s speech contained the usual self-centered plugs – the most shameful being offhand mentions of Osama bin Laden, as if Barack were personally responsible for his death – but the best, hands down, was a number of less-than-subtle suggestions that hurt Trump’s agenda – ‘isolationism is bad;’ ‘hacking is dangerous;’ blah blah blah. It seems that not even a speech to America’s military is enough to keep Obama from aggressively slandering his opponents.

Sweet Lord Almighty, I can’t wait until a true leader like Trump finally and selflessly addresses the armed forces with the respect they deserve.

Thankfully, Obama’s godawful speech, as well as the fainting soldier that summarized its rotten core, has barely made a ripple across the internet, and will likely fade away into irrelevant history. It’s too bad that hasn’t happened for the majority of Obama’s speeches.