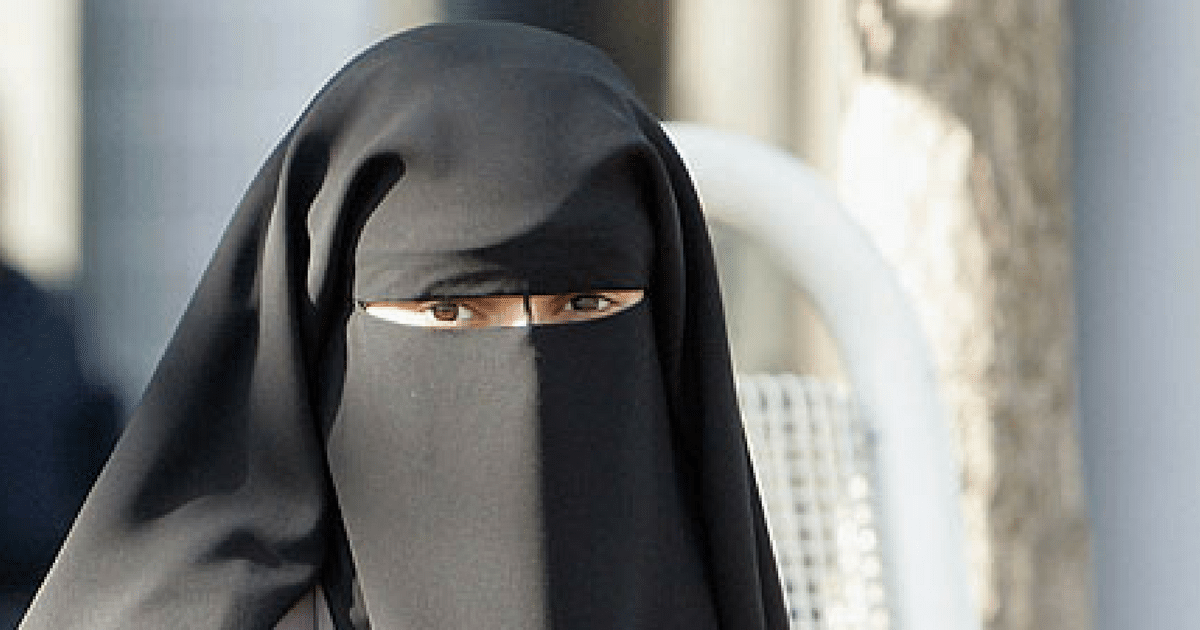 Over the last few years, we’ve seen strange and often terrible things happen in Europe. Because of the largely unvetted and irresponsible welcoming of millions of migrants, the entire Continent is in turmoil.

Muslims from the Middle East and abroad are laying down roots in countries like Germany. They are enjoying the freedoms of democracy and a capitalistic society. However, they refuse to embrace the culture that makes that country great. To disastrous effect.

That’s just what happened one day, when a Muslim woman, in full niqab, passed by a clothing store.

It was a typical clothing store. The kind you’d see in most major cities around the world. The front window featured clothing that would attract a wide array of shoppers. Being that it was a woman’s clothing store, that meant attractive displays of some of their most popular items.

The big problem comes from their pandering to this new influx of Muslim migrants. So many are infiltrating Germany, that the shop owner decided to offer clothing that they would want to buy.

A normal decision, for most businesses. Yet this store owner was not ready for the kind of “welcome” such customers were about to show her.

This Muslim woman stopped because she noticed in the window a few traditional Muslim garments. That included the very common headscarf that conservative Muslim woman are forced to wear. Being a very strict Muslim herself, she wanted to see what else the store had on sale.

But what was right next to the headscarves set this Muslim off. In fact, she was so outraged, that she entered the store and—when her irrational demands were not met—she attacked.

What was that item that sent this “peaceful” religious woman into a rage? Why a little bit of lingerie.

A woman was in for a bit more than she bargained for after heading into a local store to buy a headscarf. As it turns out, she would break down in the store after seeing what was on the next rack over – and now, even the police are involved…

[W]hen the Islamist saw what was on the next rack over, she marched right in and pitched what many commenters are calling an entitled “b*tch fit.” According to Die Welt, the woman reportedly entered the store and headed straight to an employee. Things took a shocking turn as she demanded that the store removed the lingerie from the front store window as it was right next to the traditional Islamic garments.

Of course, the employee told the woman that they would not be able to oblige her request, so she did what Muslims often do – attack.

Oddly enough, the victim here was a 40-year-old woman from an Arabic immigrant background who states that her aggressor may have been white as she had blonde hair.

Likely a Muslim convert, the attacker also had a tattoo on the back of her neck that was seen as her clothing was flailing around during the assault.

Authorities say they are considering the attack to be religiously motivated but have so far been unable to identify the woman involved as she fled the scene before police were able to arrive. Police added that the assailant left her mobile phone and a glove at the scene.

I don’t know about you, but I don’t want any part of a religion that looks down on sexy nightwear! What’s so wrong about ladies buying pretty clothing? Lingerie, especially, will only be viewed by themselves and their partner. It’s something a lady can enjoy.

But this strict, harsh, Muslim woman immediately associated it with some form of immorality. Her warped sense of self-righteousness demanded that she infiltrate this store and attack an employee (who happened to be an Arabic woman herself).

What’s even odder is the fact that the Muslim attacker appeared to be blonde, with a visible tattoo. That suggests she was a convert to Islam. Perhaps even a German native, suckered into this strict, oppressive lifestyle by a boyfriend or spouse. That’s pretty tragic.

But justice might be done. Authorities say the woman left her phone at the scene. It shouldn’t be too hard for them to track her down and hold her accountable.

An odd story, to be sure. But one that keeps reoccurring in Europe, thanks to their foolish and unchecked migration policies.