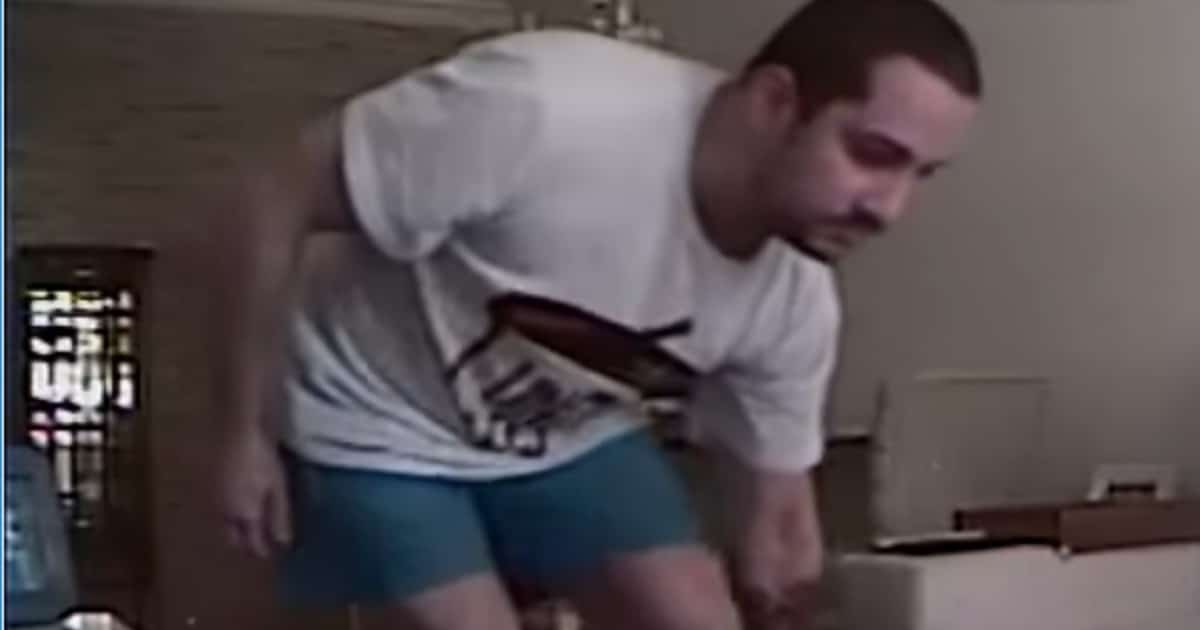 When it comes to marriage, trust your gut – if you don’t think you have the right person, there’s a reason why. You just might not know about it yet.

A Brazilian woman learned this lesson in quite a difficult way last year. She was, of course, about to be married, but something about her fiancé felt off.

Of course, there wasn’t

any reason to be. He was kind to her. He co-owned a successful business. Everything looked great on paper.

After all, there’s really no other reason he’d be spending his time beating up your dogs when you’re away.

A Rio de Janeiro woman couldn’t figure out how her dogs kept winding up covered in bruises, so she installed a hidden camera to get to the bottom of the issue.

What she discovered during the 2015 episode was deeply disturbing: Her fiancé was brutally mistreating her beloved pets.

The video is below, but be warned – it’s not for pet lovers. Or anyone who loves animals. Or any decent human being, frankly.

The video showed Fonseca picking up one of her dogs and throwing it down to the ground.  A few moments later, Fonseca could be seen sitting on the sofa holding the dog, shaking him back and forth before head-butting him. Fonseca also grabbed the dog by its leg and dangled it in the air before letting it drop to the floor.

It’s safe to say that the two are no longer engaged.

In the US, of course, just the presence of that video would be enough for the authorities to press charges against the fiancée. But it’s a little more complicated in Brazil. Basically, a case could be made for charges to be brought against him, but someone would have to go out of their way to do it.

And it doesn’t really look like anyone wants to take the trouble.

Pets, wearing colourful costumes, came out to celebrate carnival on Copacabana beach in Brazil on Sunday to raise awareness of animal abuse pic.twitter.com/TOa5GZdAgO

Thankfully, the video went viral – here as well as in Brazil – and everyday citizens are working to see that fiancé Fonseca gets what he deserves.

Buddy’s Bar, of which Fonseca owned a share, [said] that it would take legal action to remove Fonseca from the business.