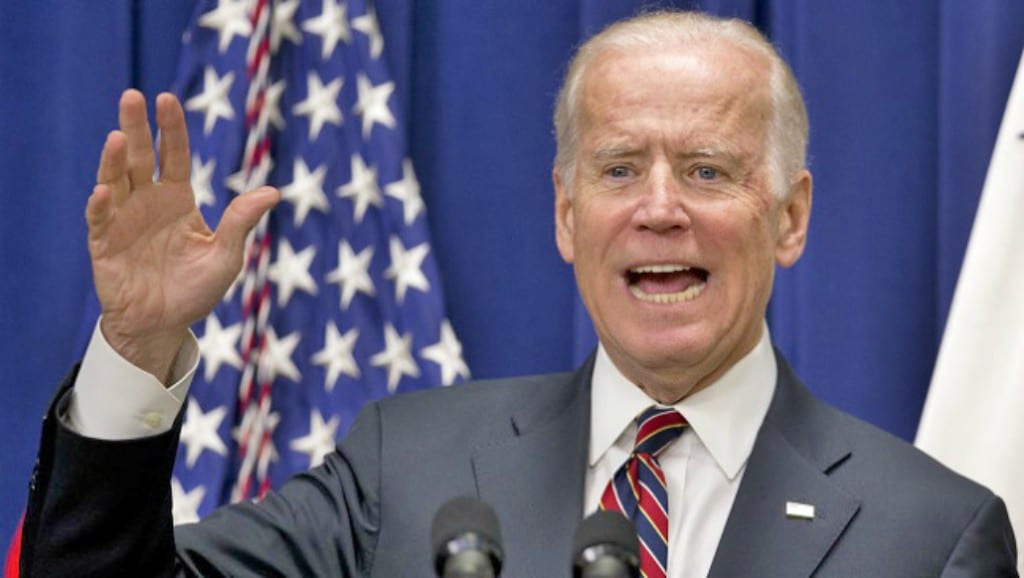 Sometimes, even a Democrat gets it right. That shouldn’t be shocking – even a broken clock is right twice a day.

Joe Biden is one of those Democrats. He’s got a rich history of challenging liberal views, and the legislation of his own party. And, in more recent weeks, he’s been sounding the alarm for the Left about the power of Donald Trump’s message.

Liberals aren’t listening, of course, but it’s nice to see that even the opposition sees that Trump is right.

And Joe just did it again. This time, the message was more forceful, and blunt – to those who keep trying to overturn Trump’s rightful presidency, listen up: “it’s over.”

The video is even better.

Anti-Trump extremists have gone above and beyond to try to discredit the rightfully elected leader of this country. They blamed his rise to power on ‘racism,’ a claim so thoroughly debunked that there’s no point in going over it again. They blamed it on the Russians. They blamed it on Fake News, which turned out to be, basically, ‘any news we don’t like or find inconvenient.’

Enough is enough. But it’s even better when a Democrat says it. The applause that erupts from Congress after Joe says “it’s over” is all the commentary you need. People are tired of playing nice with extremist obstructionists.

This isn’t the first time Biden’s shown some sense. A recent interview with the LA Times showed that he clearly gets it when it comes to Trump and working-class Americans. His outline of the failure of the Democrats and Hillary to reach out to America’s majority should be required reading for every liberal. On Trump supporters, he was blunt: “They’re all the people I grew up with. They’re their kids. And they’re not racist. They’re not sexist. But we didn’t talk to them.” In Hillary’s campaign, “you didn’t hear a word about that husband and wife working, two kids, struggling and scared to death. They used to be our constituency.”

Used to be, true. But if you ignore middle America, you can expect middle America to ignore you. Trump’s promises of economic stability, the restoration of law and order, more jobs, less foreign intervention, and the support of law enforcement is common sense. Democrats had eight long years to learn those lessons, and they learned absolutely none of them.

Except, perhaps, for Joe Biden. And while he’s not switching parties anytime soon, it’s clear he’s open to helping Trump clean up the mess of his predecessor. Welcome to the team.