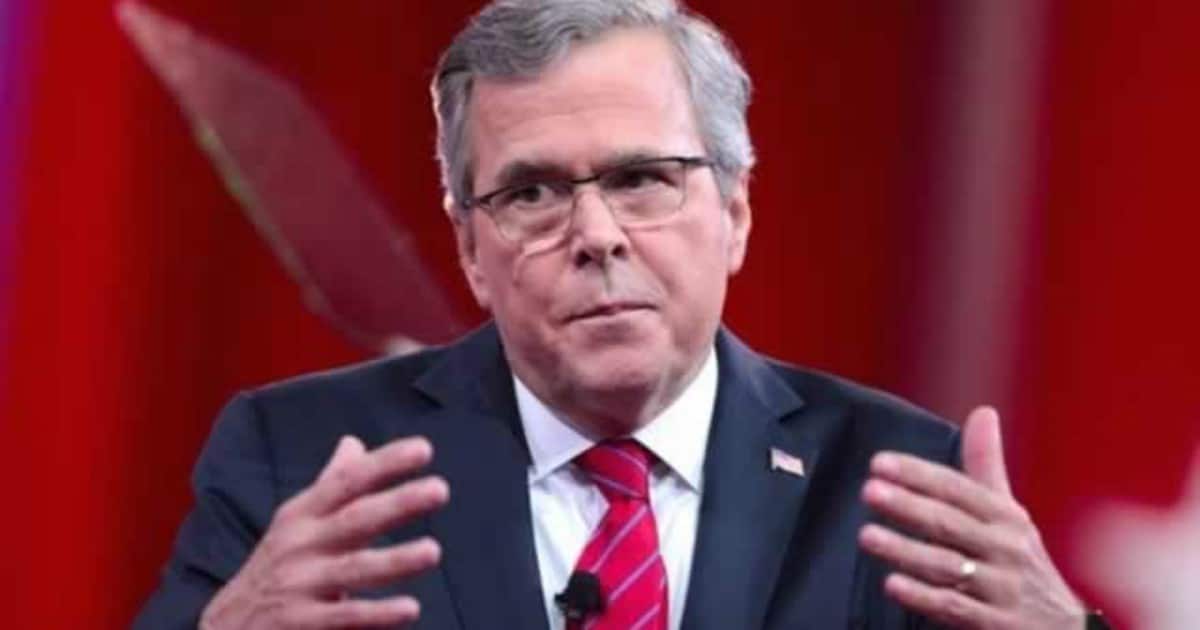 Most of us have already forgotten about failed presidential candidate, Jeb Bush.

He was knocked out of the primaries early on, when the country decided it didn’t want a repeat of the 2000’s.

Yet this loser is back again, spewing his hatred and bitterness at our Commander in Chief.

Former Florida governor Jeb Bush broke his silence about President Donald Trump’s possible involvement with the Russians, and it was a reminder why he failed so miserably during his bid for the GOP presidential nomination.

Bush was speaking at OZY Fest in New York on Saturday when he not only attacked the president, but fellow Republicans.

“If your opponent does things that you, your head explodes on, if Barack Obama did something as it’s related to Russia, you say ‘this is outrageous,’ all this stuff, then when your guy does the same thing, have the same passion to be critical,” Bush said, according to The Hill…

Bush went on to claim that Trump was not a real Republican.

“He’s not really affiliated with the party, just to be clear,” Bush said, according to OXY’s coverage of Bush’s speech at the event. “He’s Trump,”

Talk about sour grapes! Jeb is still upset that he lost his chance to be President. The man hardly has the leadership and resolve of his father or older brother. The fact of the matter is, he did not have what it takes to lead this country.

But instead of supporting the GOP—or at the very least, our President—this loser is attacking him.

Why do we care what Jeb has to say? He represents a failed dynasty of American politics past. He represents all the corruption and insider elitism that has corrupted both republicans and democrats.

The fact that he is jumping on the Russian rumor-mongering bandwagon proves he’s another one of the enemy. Much like the democrats and liberal media, he can’t criticize Trump head on, so he pushes lies to discredit the President.

This is all probably due to the fact that Donald Trump never offered him a position in his administration. So now baby is crying.

But it all amounts to nothing. Jeb lost. His career in politics is long over. Nobody cares what he has to say. He’s only embarrassing himself.