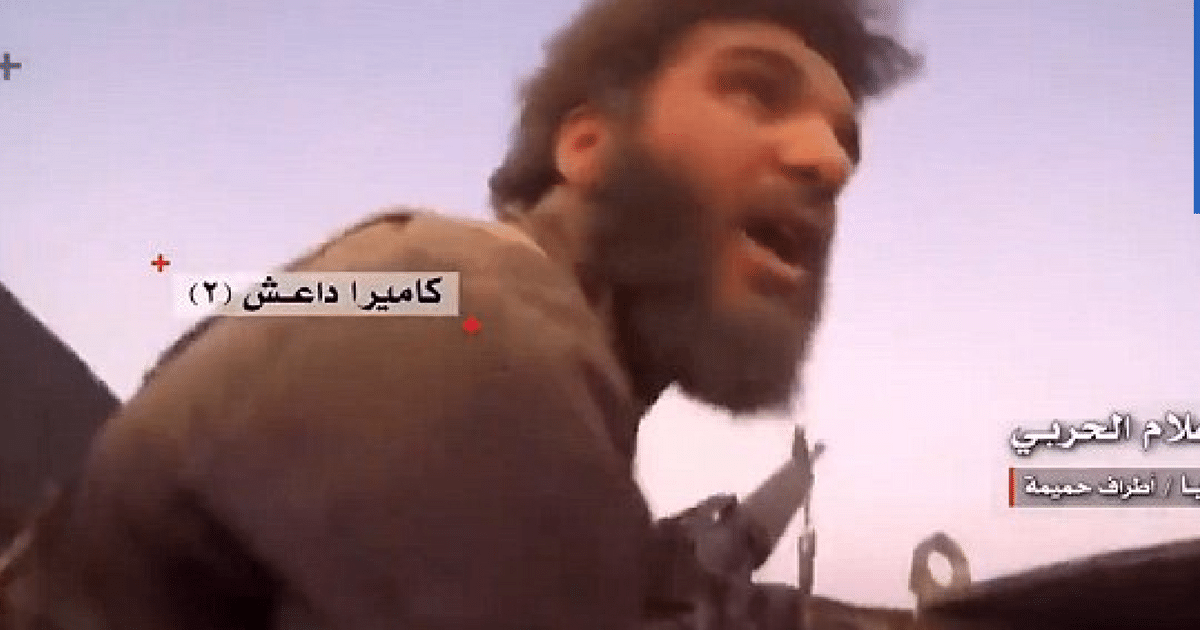 Any good soldier will tell you the same thing: the best way to make a stand against incoming troops is to get to high ground, fortify it, and shoot anything that comes near. Exceptions to this rule are rare.

But this is one of them.

Thing is, while the high ground is always preferable with a close enemy, it’s one of the worst choices if your opponent is far away. Especially if he has rockets.

Because that just makes you a target.

As you may have noticed, the thugs in the Islamic State group have a lot less territory to drive their Toyota pickup motorcades around nowadays.

Once having controlled a wide swath of the Middle East, the Bronze Age fanatics have finally been pushed out of power in their last strongholds of Raqqa and Mosul.

That said, it’s still pretty fun seeing them get blown up.

Indeed. We’ve covered it here before.

And, like before, this marvelous video is brought to you by the fine lads over at Funker 530.

It’s worth noting here that the missiles that obliterate our fine fanatical friends aren’t exactly new, or modern.

[The film shows] a Russian TOS-1 MLRS rocket pod system versus Islamic State thugs who thought they had the high ground on the Latakia mountain range. (It didn’t matter.)

The TOS-1 dates back to the Soviet era, but let’s face facts: When you’re using suicide vests and Hilux pickup trucks, pretty much anything is superior weaponry. Pickups and fanaticism are no match for advanced weaponry.

Enjoy, and know that Russia is just as excited about ridding the world of ISIS as we are. Putin may be a pain, but he’s definitely good for some things.

It’s worth noting, too, that ISIS, once the scourge of the world under Obama, is now retreating in women’s dresses, destroying their own mosques, and hiding everywhere they can. Trump promised to destroy them. He’s keeping that promise.

And if nothing else happens during his presidency, this reason alone is enough to give him accolades.