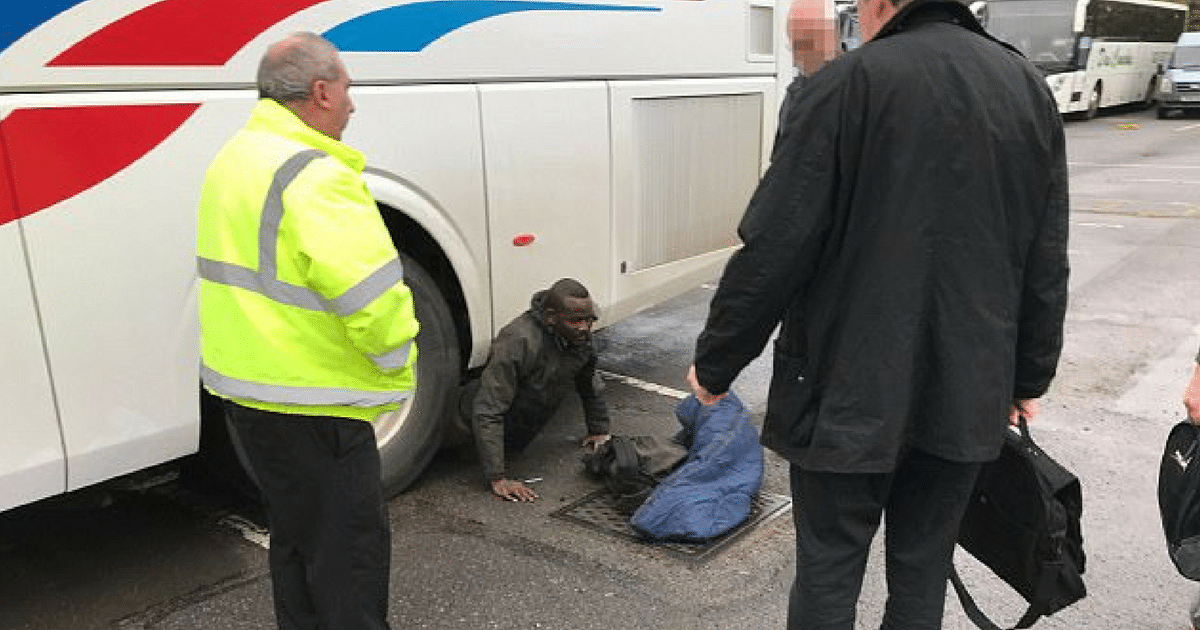 Criminals do the strangest things, and that’s what ultimately leads to them getting busted.

That’s true whether we’re talking about major crimes or minor infractions. Sloppiness on the part of rule breakers will eventually catch up with them.

That’s true for illegal immigrants as well. Despite the attempts by those in the liberal echo chamber to spin it otherwise, entering the country in illegal fashion is a crime.

That simple fact seems to be too hard for those on the Left to comprehend, and it’s not a problem that’s just inherent to our shores.

The same argument takes place in Europe as well, and those that don’t care for the taste of liberal-flavored Kool-Aid just shake their heads.

Every once in awhile, a piece of news breaks that allows them to stop the head shaking for a second so that they can smile.

The Daily Mail passes along this tidbit that will certainly do the trick.

After spending two days hiding in a coach full of pensioners bound for Britain, the pair of Sudanese migrants hoped their flight from the authorities was over.

There was just one problem. The pensioners were actually a group of retired detectives – and their final destination was a sports club belonging to Scotland Yard. When the two stowaways started to clamber out of their hiding spot, a former sergeant pulled them out and told them: ‘You’re nicked.’

The migrants plan fell apart due to incredibly poor planning, and the concept of criminals doing strange things that ultimately leads to them getting busted scored another victory.

Retired sergeant Jonathan Nicholls believes the men crept inside the coach in Arras in northern France on Saturday.

They hid in a compartment next to the engine and were not spotted when the coach was searched by officials at the Eurotunnel terminal in Calais two days later.

After they were found by the passengers – some of who served on the Met’s Flying Squad – at the sports club in Hertfordshire they were taken to Hatfield police station, where they remain in custody. Mr Nicholls, 68, told the Daily Mail: ‘It’s ridiculous – we didn’t know they were there all that time.

‘But they played a bad card getting out at a police club. They were immediately surrounded by former officers and detained by Her Majesty’s best.’

This is just a small victory in the never-ending war against illegal immigration, but it’s one that proves that justice will ultimately rule the day.

While that doesn’t change the fact that we have to waste an ungodly amount of time explaining that illegal things are in fact illegal, we can take solace in the fact that small victories eventually lead to even bigger ones.