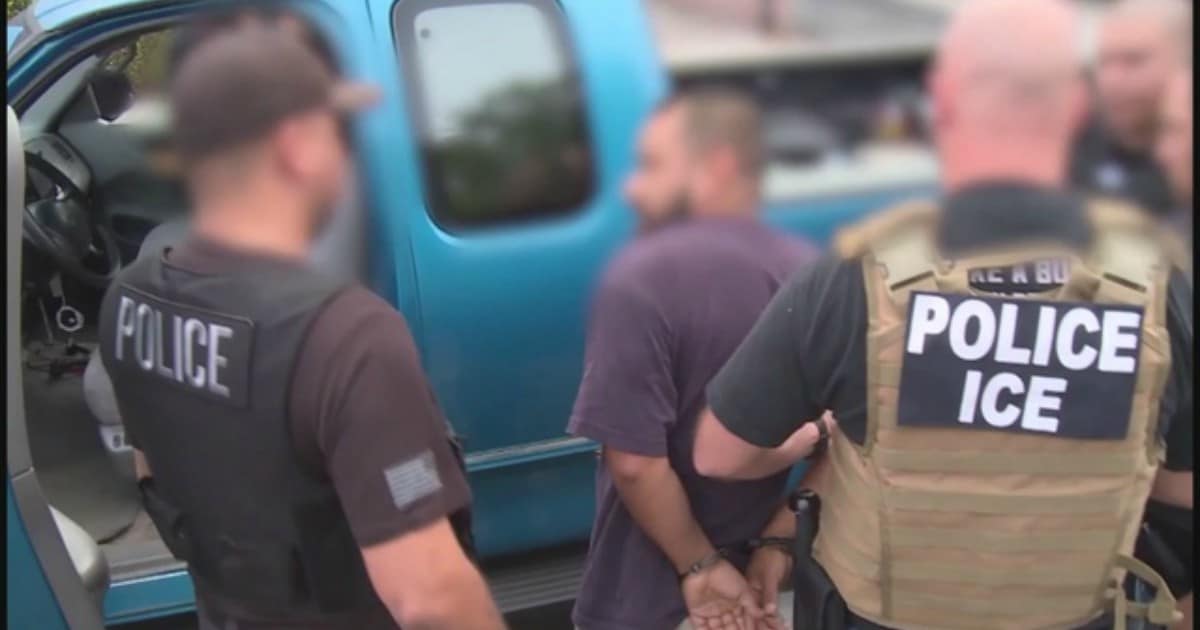 Under President Trump, illegal immigration has seen its last days.

On a regular basis, we are hearing news about how our immigration enforcement is cracking down on criminal aliens. Illegal immigrants who participate in drug trafficking, sex offenses, and other violent crimes are in their crosshairs.

So, it comes as no surprise that ICE has made a special announcement about their activity in California. Liberals are upset, to be sure, but the rest of America can sleep a little easier.

Immigration and Customs Enforcement (ICE) announced Thursday that it caught nearly 200 immigrants, including 169 with criminal convictions, in an operation spearheaded by its Enforcement and Removal Operations (ERO) division.

Dozens of convicted sex criminals and drug offenders were among the immigrants caught in the Los Angeles area as part of ICE’s five-day operation that ended on Wednesday.

The vast majority of arrestees came from either Central or South America, although ICE seemed to target several groups of immigrants that violated the law…

News of ICE’s operation came after the agency recently reported it stepped up its immigration enforcement as a result of President Donald Trump’s immigration-related executive orders.

ICE reported on May 17 that it made about 400 arrests per day and increased arrests by almost 40 percent from the previous year.

Since Trump took office, we are seeing illegal immigration drop to new lows. Criminal aliens are being caught and properly deported. This will no doubt have a huge impact on the amount of drug-related crime in our country. Not to mention a drop in violence and sexual crimes.

We may never understand why liberals are so against this progress. Do they applaud murder and rape? Do they want our cities polluted with drugs and gang activity?

The way I see it, every democrat opposed to President Trump’s efforts to crack down on illegal immigration is supporting the drug cartels.

There’s no other way to slice it.