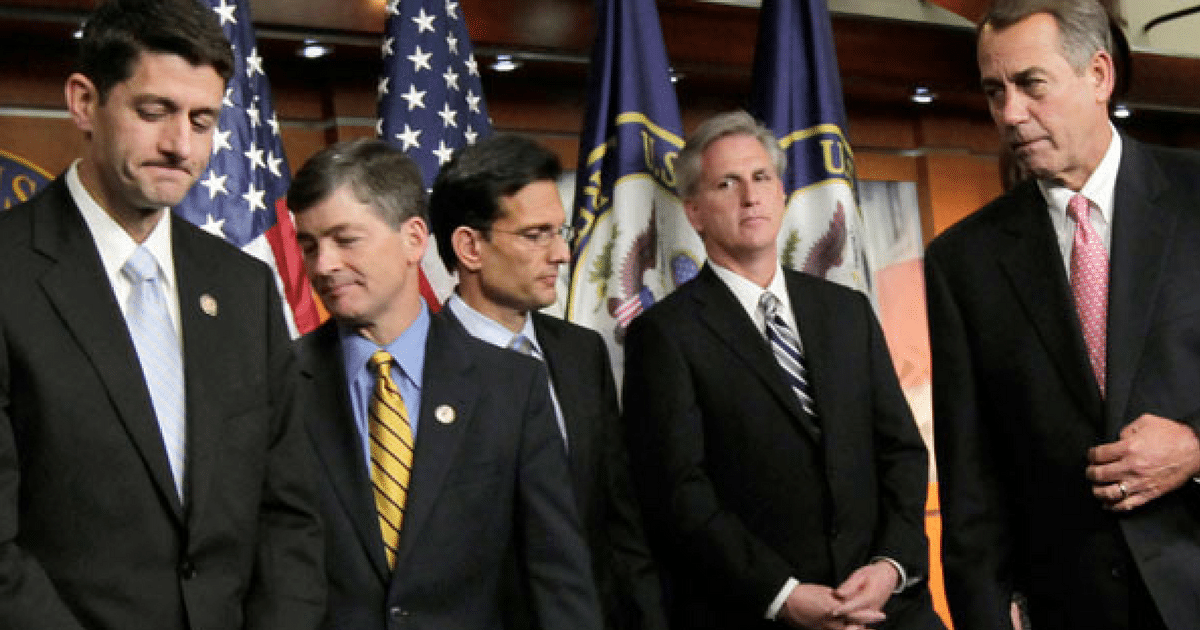 The establishment wing of the Republican Party has been talking a good game for a number of years, but that talk has been exposed to be nothing more than hot air.

For years, members of the GOP huffed and puffed about how they could really get things done if they could only be freed from the handcuffs of the Obama administration.

Those handcuffs have been removed, but members of the GOP continue to do little more than huff and puff.

There have been a number of examples of that since President Donald Trump took office, including the numerous fumbles of the ball each and every time the repeal and replacement of Obamacare was cruising towards the goal line.

So why has this happened? There’s a number of theories on that, and none of them leave conservative voters filled with warm and fuzzy feelings.

Breitbart passes along the details on yet another ball drop by the GOP that will cause even more angst. Establishment GOP Senators are trying to assemble a cheap-labor amnesty for young illegals which will not protect Americans workers from unscrupulous employers, nor reduce the huge annual inflow of migrants and workers, according to a report in Politico.

If you walk around shooting your mouth off about how you’re going to do one thing, and you then do something else behind the scenes, you shouldn’t be all that surprised if the end result is that your personal credibility is shot.

That’s the conundrum facing many members of the GOP these days, and that points to an incredibly interesting mid-term election season for an increasingly informed electorate.

The Senators are considering vague “beefed-up border security provisions,” but the article did not say if the GOP Senators plan to support the construction of the border wall.

The GOP group is responding to pressure from Democrats and business groups who want the federal government to extend President Barack Obama’s so-called “DACA” amnesty for the 700,000 to 3 million younger illegals.

Democrats and business groups also want to block an immigration reform which would reduce the number of immigrants and drive up Americans’ wages.

Instead of merely blocking the latest amnesty threat, immigration reformers are working President Donald Trump to win a major reform that will reduce the annual number of immigrants, and so help raise wages, high-tech investment, and productivity.

This is just the latest example of the major problems with the establishment wing of the Republican Party.

They do a fantastic job of getting everyone all hyped up about the things they plan to accomplish, but they then fold up like card tables behind the scenes to insure business as usual rules the day.

Voters are about sick and tired of that nonsense, and that’s partially what led to the stunning ascent of President Donald Trump.

Perhaps we’ll see some more stunning ascents during the mid-terms. By extension, maybe promises will finally be kept and things will actually get done.