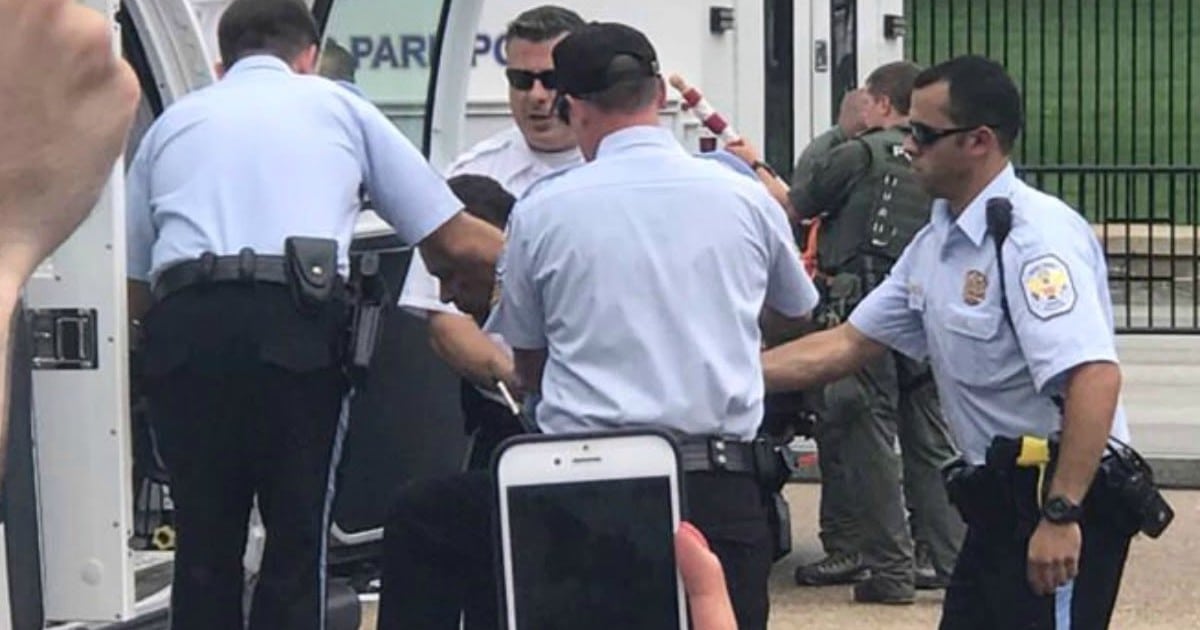 The simple fact is this: elected officials are put in office to pass laws, or to repeal them. Nothing else.

So when an elected official is arrested for doing something, and it’s not ‘passing or repealing laws,’ you’d better start paying attention. Because something’s up.

And after you eliminate the standard list of illegal activities that power-hungry lib lawmakers usually get themselves into – drugs, prostitutes, or lots of bribery – well, there’s only one thing you can still get arrested for as a liberal Democrat.

Protesting. And that’s exactly why a Democratic Representative of Illinois found himself in cuffs…twice. Rep. Luis Gutierrez was arrested outside of the White House on Tuesday because he was part of an illegal sit-in on the sidewalk. The sit-in demonstration was organized by United We Dream, a pro-immigrant group. Other people at the sit-in were also arrested.

Cong Luis V. Gutierrez is still in US Park Police custody after being arrested at #DefendDACA & TPS rally outside White House.

It’s not the first time.

In March, the Illinois congressman went to an Immigration and Customs Enforcement center in Chicago to inquire about certain cases. [He] refused to leave…[and] was then arrested.

I was arrested, cuffed then cuffs were cut off. Waiting for further word on if/when we will be arrested. #chiresist pic.twitter.com/vKJRnz6Ebj

If you haven’t kept up with the situation, here’s the gist: Obama passed into law an order to protect the children of illegal immigrants. The logic was surprisingly simple – ‘if you’re a child, and you had no choice when you came to this country, then we’ll let you stay.’

It seems reasonable. But it’s also connected to a large series of Obama regulations that completely ignore the rule of law. And Trump is trying to fix it.

And that’s where the protestors come in. Because they don’t want the situation fixed – they want it to remain exactly the same.

The sit-in was held to protest the threat President Trump poses to “DREAMers,” illegal immigrants who were brought to the United States as children, and the Deferred Action for Childhood Arrivals program..

The DACA was implemented during the Obama administration. The program allows certain DREAMers the ability to be considered for “deferred action for a period of two years.”

The protestors were arrested – they were blocking a public walkway, and refused to move. And then came the cuffs.

And, to my mind, it’s quite simple.

I honestly sympathize with the efforts to protect kids. But the best way you can do that is by passing legislation…or repealing it. It’s what you do as a lawmaker.

Good luck with that.