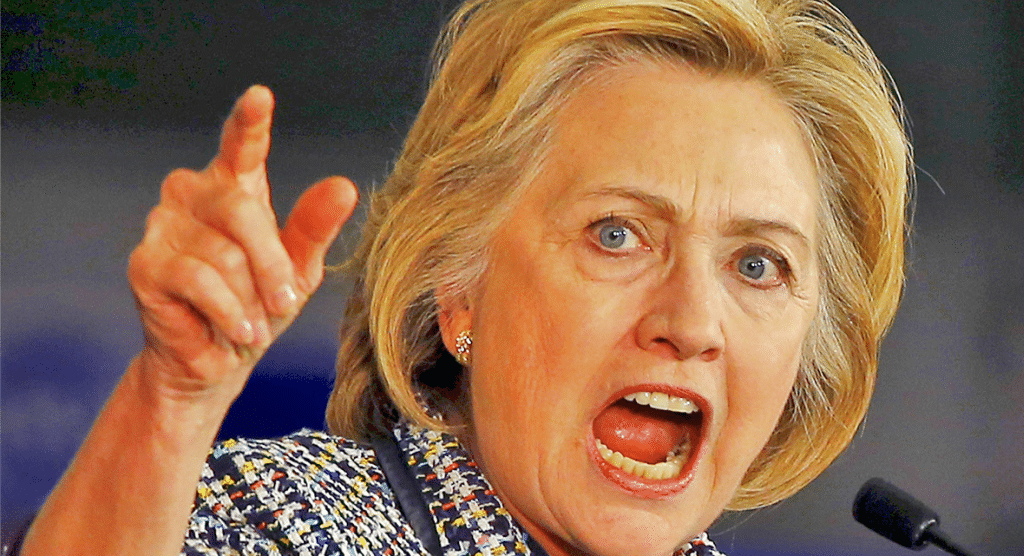 Even with Democrats trying every dishonest trick in the book to keep Trump’s agenda tied down, or with Hollywood making condescending and snobby ‘we’re better than you conservatives’ speeches to large and mostly white groups of rich liberal idiots, the fact is that the past few weeks have been unusually refreshing.

For one thing, we haven’t heard squat from Hillary – no complaining about Russians, no brazen refusals to answer questions about her many illegal activities…nothing.

It seems, Ms. Clinton, that Silence is Golden, especially for you.

But all good things must come to an end. And Hillary’s speech yesterday is guaranteed to infuriate all conservatives who were, and are, still waiting for justice to be served.

Yesterday Clinton appeared at a new museum in DC, and had the balls to say this:

“Diplomacy is one of the greatest forces for peace, prosperity and progress the world has ever known. And today the lessons of this museum are more vital and urgent than ever. Democratic freedom and the rule of law are under attack across the world.”

Yes, I know it doesn’t sound like much, but bear with me a moment, and remember a few things.

First, Benghazi. If you’ve forgotten, Ms. Clinton, you left men behind in a war zone, refused their cries for help, and let them die a brutal and vicious death at the hands of radical Islamic terrorists. And you did all this, remember, just so you wouldn’t have to admit that Islamic terror was a problem.

Does any of that sound like ‘peace, prosperity, and progress’ to you?

It gets worse. Those ‘democratic freedoms and the rule of law’ that Clinton says are under attack? Well, get ready for a hateful smear campaign against Trump. Clinton said the “longstanding bipartisan goal of a Europe that is whole, free and at peace is under enormous pressure.” It’s a blunt reference to the fact that Putin is firmly reestablishing his country’s strength, and a slap in Trump’s face – after all, if Trump likes Putin, then Trump is also trying to destroy Europe! Run! It’s Russian hackers!

Europe, of course, isn’t under threat from Putin or Trump. It’s under threat from hundreds of thousands of undocumented Islamic illegal immigrants, and the bombers and murderers that hide in their ranks. But it’s easier for Clinton to blame Putin and Trump – after all, to address the real problem of immigration, she’d have to admit that Islamic terror is a problem.

Not a chance. Instead, she took the time in her speech to criticize Trump, who has already done more for peace in the days before his inauguration than she did in her years as Secretary of State.