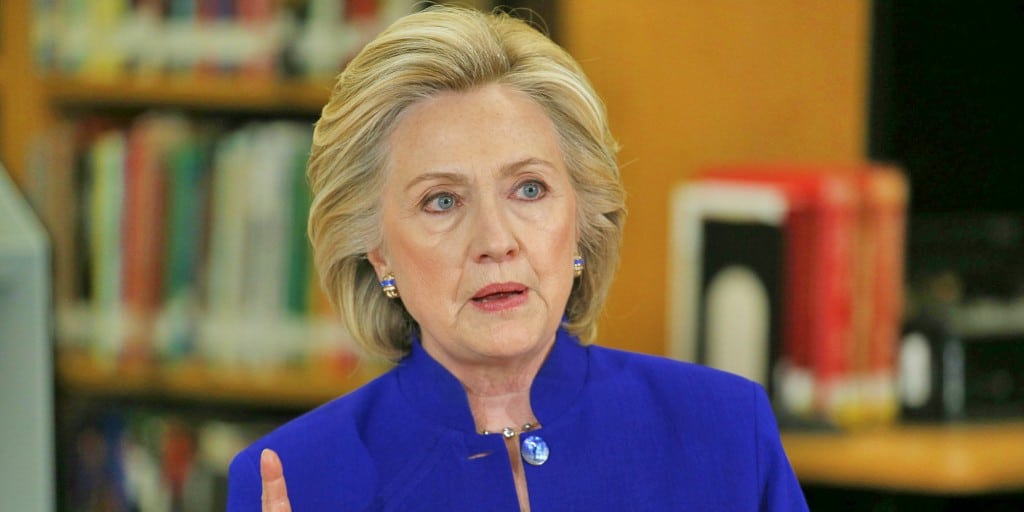 After Donald Trump won the election, many people quit paying attention to what was going on with Hillary Clinton, for good reason. She was no longer in the spotlight as much as she had been during the campaign, which means a lot of people probably never even noticed information that was recently released about her email scandal. I mean it should still matter, right? But does it?

Well, I’ll let you decide. So the FBI didn’t make a big announce to the whole country about where they really think Hillary belongs – quite the opposite, in fact. But, thanks to Julian Assange and his team of hackers and truth-tellers,  documents are now available to view for anyone with the patience and intelligence to sift through them. Conservatives, mainly.

What information do these documents hold? Proof.

Thank God, indeed, for WikiLeaks. In these documents, the FBI has finally admitted it.

The documents themselves are from the archives of the FBI investigations, stealthily released to the public with no announcement and no fanfare, for the obvious reasons – announcement and fanfare would catch people’s attention, and then people might read the documents.

And then, they’d probably notice Clinton taking advice that would condemn any other American citizen for treason. Like, say, this advice about using an unsecured Blackberry: “Be very careful, I got around it all by not saying much and not using systems that captured the data.”

In short, be careful, because we all know these systems are vulnerable. So, you know, try not to do anything that might put you in court. Otherwise, by all means, use the vulnerable system. It’s not like it will do serious harm to Americans abroad, or American spies. After all – and this is key – it’s really inconvenient to switch to a secure device when the only downside to using the insecure one is that Americans serving their country may die.

Maybe Benghazi was just Hillary being herself.

The documents are worth reading, too, because Hillary manages to perjure herself in one short page. “State employees were cautioned about security and records retention concerns regarding the use of personal e-mail… Clinton stated she did not recall this specific notice, and she did not recall receiving any guidance from State regarding any email policies… Interviews with two State employees determined that State issued guidance.”

The language is bland, so let me make it clear – all government employees were trained in how to manage security in an email account. Clinton said she didn’t receive any guidance. Two employees, interviewed later, said that she had. She lied, and was contradicted by two witnesses.

Even by Biblical standards, that’s sufficient. Yet Hillary Clinton is not in jail.

Is there any doubt we need a Trump?