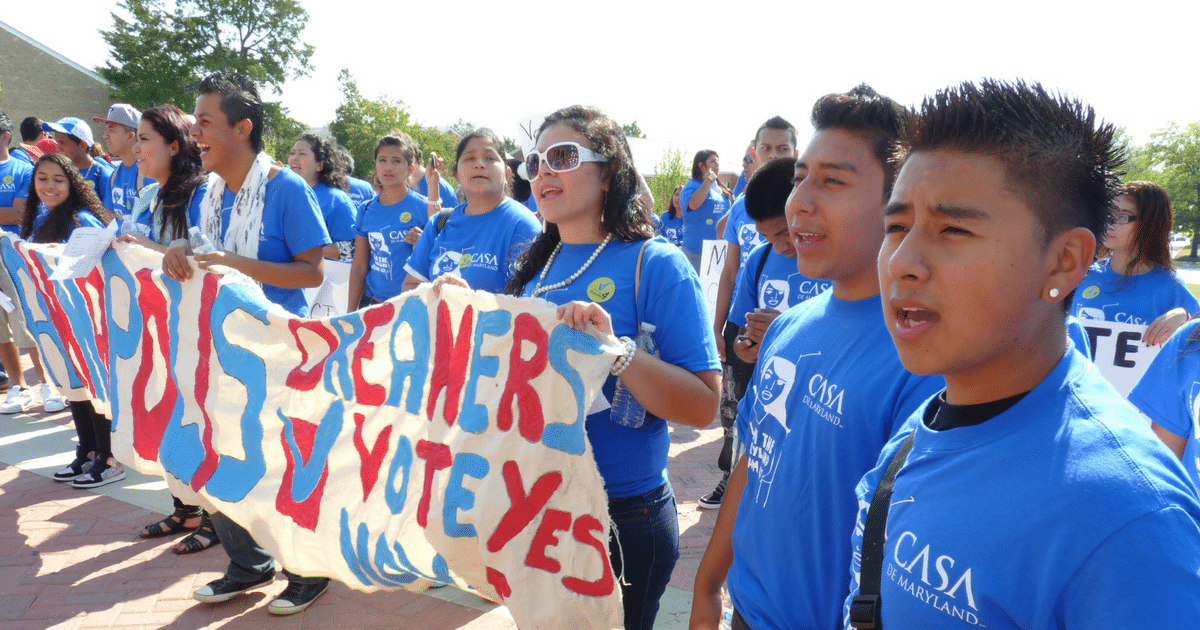 By this point in time, it’s pretty safe to consider the administration of former President Barack Obama as being akin to a gift that keeps on giving.

Unfortunately, the gifts that have been left behind for President Donald Trump and his administration are not ones that keep the holiday spirit alive all year round.

There’s all kinds of messes that Trump and company need to spend time cleaning up, including one of Obama’s pet projects.

The Deferred Action for Child Arrivals Program, also known as DACA, was essentially crammed down everyone’s throat without any thought given to the consequences.

While the mainstream press was busy fawning over the former commander-in-chief, some serious liberties were taken under the assumption that they would just be dealt with later.

We can only speculate as to the reasoning for slipping policy through in such haphazard fashion, but we’ll fancy a guess that it had to do with the fact that it’s nearly impossible to remove entitlements once they’re put out there.

Unfortunately for Obama and his legacy, the Trump administration is not having trouble comprehending what ‘deferred’ means.

Quite simply, everyone knew that DACA would have to be dealt with at some point, and that time is now.

Unfortunately, there may be even more consequences as a result of dealing with DACA than was originally thought. Breitbart has the details on that.

A plan to give a pathway to United States citizenship to young illegal aliens living in the U.S. would automatically come with a potentially unprecedented chain migration of upwards of 10 million foreign nationals, under current legal U.S. immigration law.

“Under a rational bill these individuals would be able to become lawful permanent residents with a pathway to citizenship,” Dougherty said in response to whether the Trump administration supports amnesty for illegal aliens.

Sen. Lindsey Graham (R-SC) and Sen. Dick Durbin’s (D-IL) have proposed the so-called ‘rational’ bill known as the DREAM Act. As of right now, 3.3 million illegals would be covered by the bill, but there’s also the little matter of those that joined them on their trek for a new life.

According to Princeton University researchers Stacie Carr and Marta Tienda, the average number of family members brought to the U.S. by newly naturalized Mexican immigrants stands at roughly six.

Therefore, should all 1.5 million amnestied illegal aliens bring six relatives each to the U.S., that would constitute a total chain migration of nine million new foreign nationals entering the U.S.

If the number of amnestied illegal aliens who gain a pathway to citizenship under an immigration deal were to rise to the full 3.3 million who would be eligible for DREAM Act amnesty, and if each brought in three to six foreign family members, the chain migration flow could range from 9.9 million to 19.8 million foreign nationals coming to the U.S.

Trump has previously indicated that a hall pass for amnesty given to those covered by DACA would have to include a ban on chain migration as well.

Sen. Tom Cotton (R-AR) has also introduced the RAISE Act, which seeks to put an end to family-based chain migration

We’ll have to wait and see how this ultimately plays out, but we have a sneaky suspicion that there’s a gift giver who used to occupy the Oval Office that’s smiling broadly when his gifts prove to be too difficult to return.