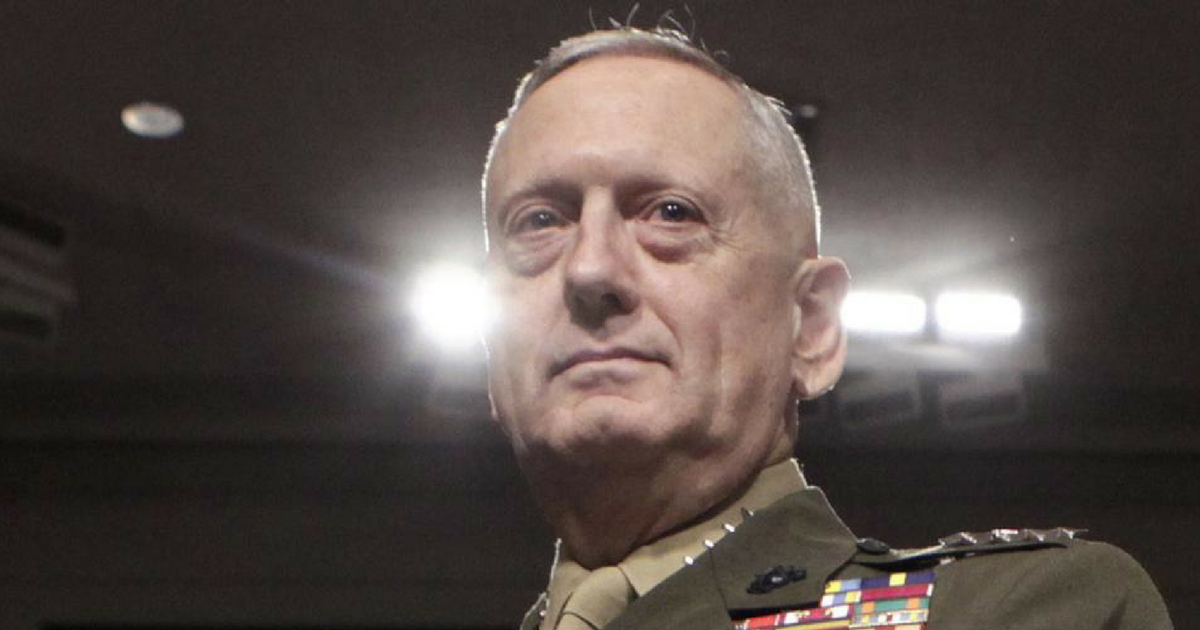 While the mainstream media continues to weave its web to suggest the President Donald Trump is a dictator that is doing whatever the heck he wants to the angst of members of his administration, the reality is vastly different.

There are dozens of examples that prove otherwise, but we’ll focus on a very simple fact. Trump trusts his key people to do their jobs, and he takes their advice to heart.

That’s not a characteristic consistent with a dictator, but it is a trait shared by great leaders.

Drilling down even further, Trump puts particular credence into the thoughts shared by his top military advisers.

The commander-in-chief is quite clear on the fact that he’s not a career military person, and he trusts those that are to make the right decisions.

That’s leadership, and it’s also a welcome relief for military leaders that have consistently had their hands tied by his predecessor.

Independent Journal Review shares another example of that. A common complaint from lawmakers and troops on the ground was the restrictive rules of engagement. During his testimony, Mattis revealed that due to President Donald Trump’s decision to allow him to have more authority in the region, the rules of engagement have been loosened.

For example, troops will no longer have to be in contact with the enemy in order to fire back, and requests for air support are now going to be easier to obtain, according to Defense News.

“You see some of the results of releasing our military from, for example, a proximity requirement — how close was the enemy to the Afghan or the U.S.-advised special forces,” Mattis said.

“That is no longer the case, for example. So these kind of restrictions that did not allow us to employ the airpower fully have been removed, yes.”

He was explaining in crystal clear terms what the strategy was to finally bring some resolution to the long-running war in Afghanistan.

Mattis spoke with confidence while delivering his remarks, and that’s partially because he knows there’s a man in the Oval Office that has his back.

The Washington Examiner reports the new rules of engagement are going to be a complaint to another change in strategy, which will put U.S. forces closer to the front lines.

The changes are in line with what Trump announced during his speech on the new administration’s plans for the conflict in Afghanistan.

“I have already lifted restrictions the previous administration placed on our warfighters that prevented the secretary of defense and our commanders in the field from fully and swiftly waging battle against the enemy,” Trump stated.

“Micromanagement from Washington, D.C., does not win battles.”

You would have to imagine that military officials are downright tickled to have a commander-in-chief that gets that simple point.

Of course, we can fully expect to see liberals and their cronies in the press attempt to spin this as further evidence that Trump is ‘dangerous.’

Troops will have the tools and authorization to do what needs to be done, and that should have terrorists across the globe quaking in their boots.