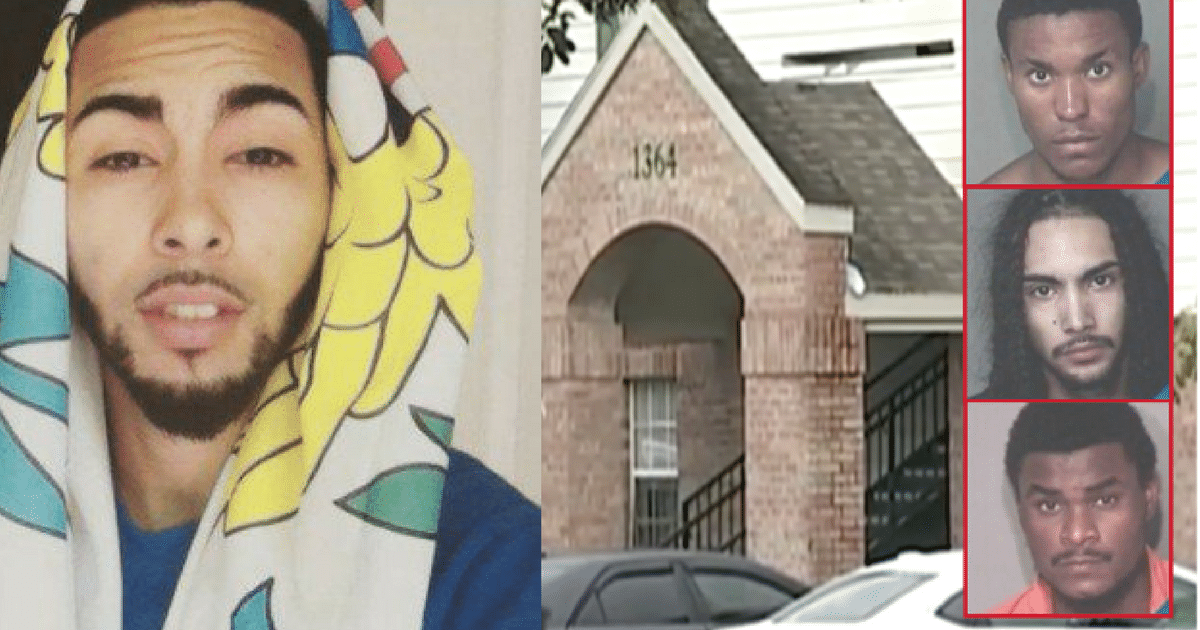 At any moment, you’re loved ones could be put into danger. This is true, even when they are safe at home.

What will you do to keep your family safe? How will you act when faced with danger?

If you’re anything like this man—you won’t hesitate to confront the danger head on!

Police say that 22-year-old Aswad Emmanuel Velazquez, Isiah Velazquez, Tareak Ilarreza, and Lawrence Alexis tried to break into the apartment of a man whose wife and children were sleeping.

As the four thugs tried to break the chain lock on the door, Aswad reportedly tried to shoot the victim in the face, narrowly missing his ear. According to police, the fed-up victim, who was armed at the time, shot Aswad once, knocking him to the ground…

According to local news source WFTV, Fred Jones from the Lake County Sheriff’s Office said, “He hit the suspect, the suspect went down, got back up and tried to shoot him again. That’s when he shot the suspect multiple times.”

Police arrested Isiah Velazquez, Tareak Ilarreza, and Lawrence Alexis, and they are currently being held without bail. All three are facing charges of burglary to a structure while armed, second-degree murder, and two counts of attempted murder.

These four thugs would not back down, even after the father shot one of their own. I guess they thought they outnumbered the people inside the house.

Imagine the harm they could have caused to the victims inside. Four large, imposing men. They would not have been satisfied until everyone inside was harmed.

Thankfully the man was armed and ready to act. He wasn’t going to let these pieces of garbage jeopardize his family’s life.

Aswad paid the price for his evil. His cohorts will face serious jail time. But perhaps the death of their buddy will be enough to convince them crime doesn’t pay.

But somehow, I have a feeling they haven’t learned that lesson.