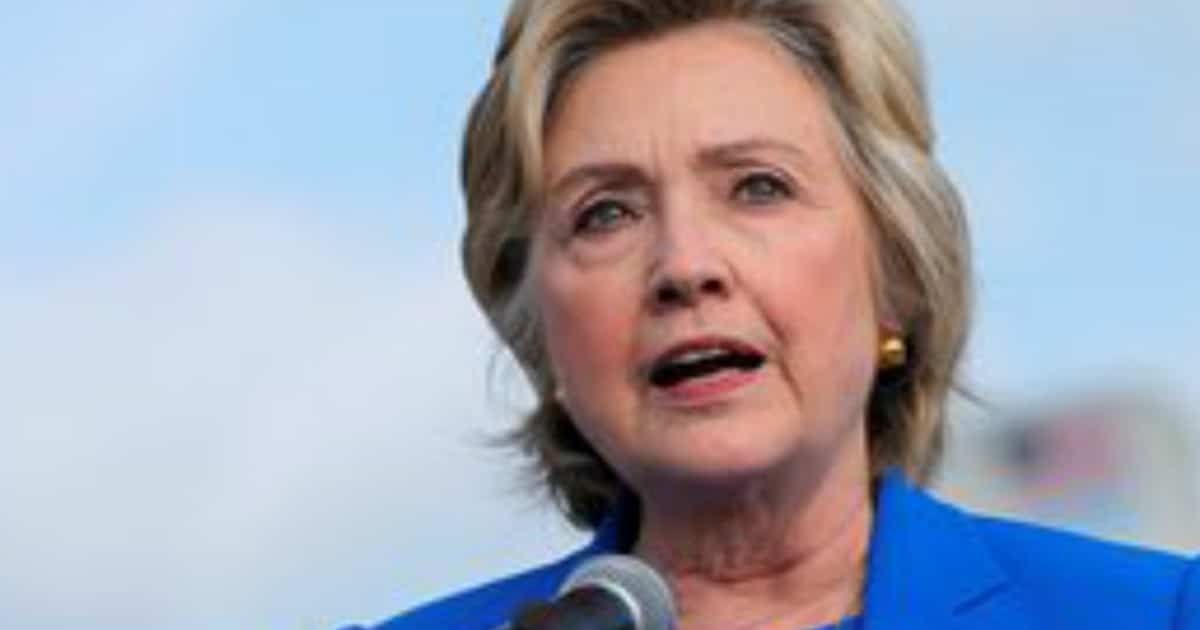 Believe it or not, January’s national election wasn’t a shining moment in our nation’s history.

I mean, yes, we elected Donald Trump over a career criminal.

We chose a man who knows business, and knows negotiating, over a woman who takes bribes, slanders soldiers, and covers up illegal deaths. There is that.

But it’s not a shining moment for us. And how could it be? All we did was deny Hillary Clinton the presidency.

Is that how justice is supposed to work?

‘Hey, you’re one of the most corrupt people in history, but as punishment, we’re just not going to let you be president of the United States. Go back home, to your huge house, and your piles of blood money.’

That’s…just not an ideal conclusion. Because Hillary Clinton should be in jail. And Donald Trump just told the world exactly why she’s still free.

You know his name…it’s the coward, James Comey.

Hillary Clinton would be facing a criminal trial if FBI director James Comey hadn’t let her off the hook, President Donald Trump said in an interview Wednesday. 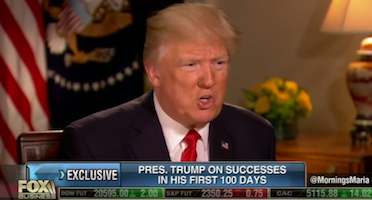 Trump told Fox Business Network host Maria Bartiromo that Comey rescued Clinton by declining to prosecute her for mishandling classified documents when she was Secretary of State.

It’s a point worth repeating. Comey made a clear-cut case for Clinton’s criminality. And then he told the world he wouldn’t prosecute.

It was like he was trying to make both sides happy. Instead, he made both sides very angry. That’s what you get when you decide to try to play nice, instead of standing up for the truth.

Trump summed it up well:

‘People don’t realize [what Comey did]. He saved her life. Because I call it ‘Comey won.’ And I joke about it a little bit. When he was reading those charges, she was guilty of every charge. And then he said she was essentially ok.’

Trump, as odd as it seems, is letting Comey keep his job. But that shouldn’t seem too odd.

Trump, after all, knows full and well that he won in November – against Hillary, and the Democrats, and even Comey.

There’s no need to keep on letting people know they’re beaten – at least, not if they can still help you and the country.

But we’re still keeping an eye on Comey.

‘No, it’s not too late [to fire Comey], but, you know, I have confidence in him,’ Trump responded. ‘We’ll see what happens. You know, it’s going to be interesting.’