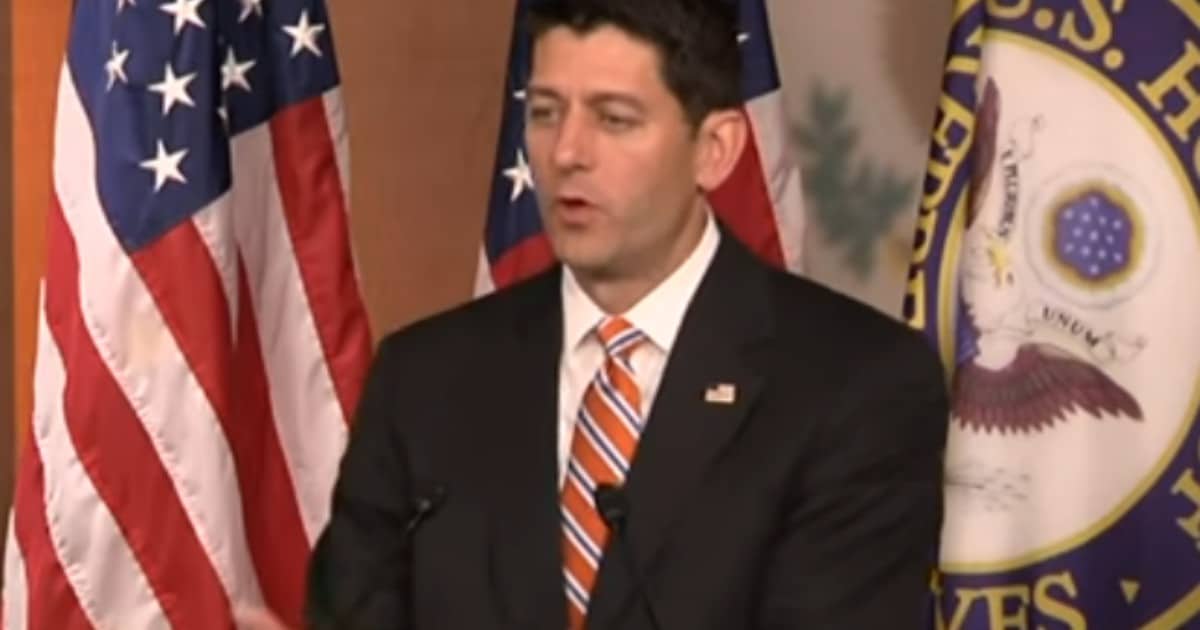 Democrats were ready to bash Donald Trump just as soon as fired James Comey finished testifying on Thursday – but Paul Ryan, of all people, was ready with the perfect defense.

And the same Ryan who was so terrible at getting Republicans behind the president, he was actually worried that Trump might start working with Democrats to get things done.

So it’s more than a little surprising when Ryan comes to the president’s defense. But Ryan did so, and with an argument that completely shut up the libs and leftists calling for the president’s head:

In a nutshell, ‘you elected a man who wasn’t a politician. He’s not acting like one. Get over it.’

And he’s exactly right. Trump is new at this.

…“The president’s new at this, he’s new to government, and so he probably wasn’t steeped in the long-running protocols that establish the relationships between DOJ, FBI, and White Houses,” Ryan said.

“I think people now realize why the president is so frustrated.”

I should hope so. Because it’s abundantly clear.

Donald Trump was elected to Drain the Swamp. And, like any good businessman, he knows he needs a loyal team to turn around a failing business, or government. Once you have that team together, you’re ready to fire the rest, and start anew.

Comey had a chance to be on that team, and gave it up. And now the country is more concerned with his testimony than any of the work that still needs to be done for the broken business that is the United States of America.

We elected a man to do a job, and now we’re not letting him do it. I’d be frustrated, too.

Ryan’s not the only one that’s defended the president in this way. Chris Christie spoke up on MSNBC.

“What people don’t understand is that they elected an outsider president…who is now is very publicly learning about the way people react to what he considers to be normal, New York City conversations.”

I didn’t want a politician. I wanted someone to get things done.

And for once, I agree with Paul Ryan.