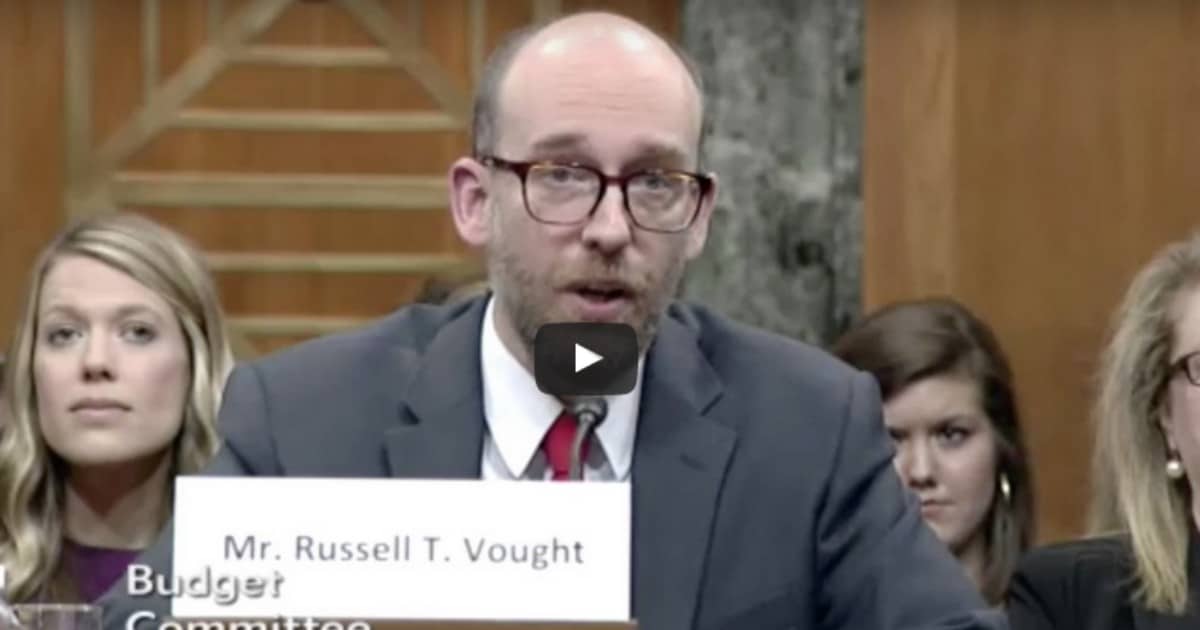 More and more we learn that liberals do not share the common faith of most Americans.

They do not worship God; they worship themselves. Even when charged with protecting the religious rights of Americans, these hypocrites attack people for their faith.

Recently Russell Vought, a Trump nominee to be Deputy Director of the White House Office of Management and Budget, was questioned by Bernie Sanders. Instead of asking him about his plans and experience, he attacked Vought over his faith in Jesus Christ.

Sanders: Let me get to this issue that has bothered me and bothered many other people. And that is in the piece that I referred to that you wrote for the publication called Resurgent.

You wrote, “Muslims do not simply have a deficient theology. They do not know God because they have rejected Jesus Christ, His Son, and they stand condemned.” Do you believe that that statement is Islamophobic?…

This is a disgraceful and unconstitutional line of questioning from the man who came close to being the Democratic nominee for president.

He’s not only imposing a religious test for public office in direct violation of Article VI of the United States Constitution, he’s gone so far as to label this decent man — who’s seeking to serve his country in a vital role — as “not someone who this country is supposed to be about…”

It got worse. Senator Chris Van Hollen of Maryland doubled down, attacking the same expression of belief all while absurdly stating that “no one” is questioning Vought’s faith.

If there was any evidence at all that Vought had ever violated the legal rights of Muslims, that would certainly be relevant to his confirmation. His Christian faith is not.

Sanders must be held accountable for this violation of the Constitution. No one up for public office is to be questioned over matters of faith. Yet Sanders spent a considerable amount of time not only questioning, but attacking Vought over his belief in Jesus Christ.

He went as far as calling Vought Islamophobic—for believing in Jesus! Imagine, this man could have been president!

It’s clear that Sanders is attacking him because Vought is a Trump nominee. He was using whatever he could find to discredit Vought and disqualify him for public service. Yet Sanders is fooling himself if he thinks most Americans are on his side.

The vast majority of citizens hold to some form of Christian faith. Not all are devout, but they surely will be disgusted over this bigoted attack. Sanders is merely pretending to care about Muslims; as an atheist, he doesn’t care about any of this. He just wants to score political points with his leftist buddies.

It’s high time such hacks are removed from office. We need people who will protect our religious freedoms, not openly attack a Christian for his faith.