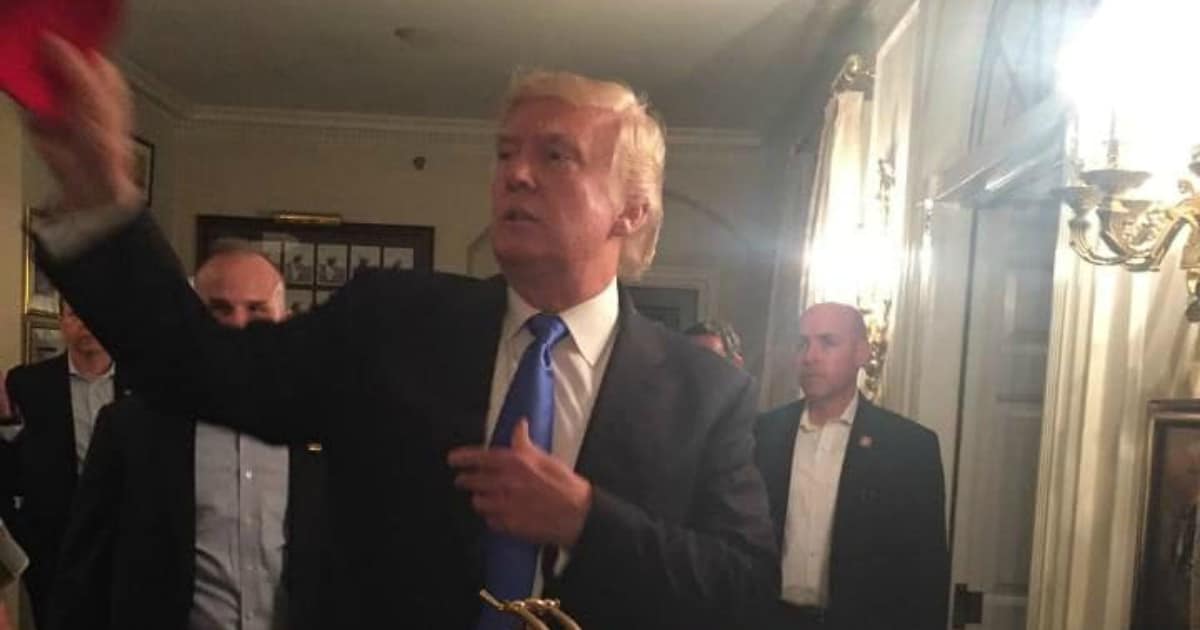 Donald Trump’s biggest campaign promise is being resisted by every court and every Democrat in Congress – but the president has a trick up his sleeve. And he’s not going down without a fight.

The promise itself? His travel ban, which – if you’re still counting – has just been shot down for the third time. By courts, mind you, that are heavily stocked with anti-Trump liberals. And nothing has worked so far – not revamping the law, or appealing the process.

Luckily, there’s at least one court in the US that isn’t completely stocked with liberal judges – and that’s the Supreme Court.

And that’s exactly where Trump is trying to send his travel ban.

The Department of Justice filed a petition for a writ of certiorari just before midnight on Thursday, asking the Supreme Court of the United States to take up the hotly contested travel ban executive order blocked in the lower courts.

Should the Supreme Court accept the petition for Trump v. International Refugee Assistance Program, the nine justices, including the recently seated Trump appointee Neil Gorsuch, will consider overturning the U.S. Court of Appeals. The case will be heard if four of the nine justices agree to take it up.

This is, to say the least, a gutsy move.

A Supreme Court fight over a new law is usually something presidents try their best to avoid. Because if the courts rule against you, it’s over. Obamacare passed by the slimmest of margins, and every Democrat in Congress would rather have avoided that fight.

The fact that Trump is willing to try the Supreme Court, however, shows that he’s confident he’ll win. And from the looks of it, he’s already got his arguments prepared.

The government’s petition…asks the Court to reverse on grounds brought up by the Fourth Circuit dissenters, that precedent prohibits courts from looking for evidence of “bad faith” outside the text of the order itself.

In short, when you’re interpreting Trump’s ban, you don’t get to use Trump’s tweets. And there’s good reason for that – tweets are for talking to voters. Not for making exquisite, perfectly-crafted legal statements. There’s not even enough characters available in a tweet for that. Common sense, folks.

The Supreme Court isn’t completely stocked with conservatives, but it’s a far better shot than the lower courts. And it may be Trump’s best chance.