After so many decades of liberal policies hindering the freedoms of the American people, we have an outsider president who is working to undo the damage.

For years we’ve seen our First Amendment and Second Amendment freedoms infringed upon, thanks to Socialist policies aimed at increasing the power of the federal government.

We all know about the varied and far-reaching gun control restrictions that make it hard for law-abiding citizens to obtain weapons, but do nothing to stop criminals or those that mean harm to get them.

Gross manipulations of the edict “separation of church and state” has given license for liberal politicians to drive a wedge between religious leaders and the policies set by our government.

While our Constitution protects us from the government interfering with our faith, it was never meant for people of faith not to get involved in politics.

Thankfully, President Trump is working to overturn such un-American constraints.

President Donald Trump pledged to repeal a decades-old provision of tax law that prevents pastors from endorsing candidates, recommitting to a campaign promise during a speech at his first National Prayer Breakfast in which he veered into politics and pop culture and even used a mild profanity.

“I will get rid of and totally destroy the Johnson Amendment and allow our representatives of faith to speak freely and openly without fear of retribution,” Trump said during the event, referring to a 1954 measure pushed by then-Senator Lyndon Johnson. “I will do that, remember.” 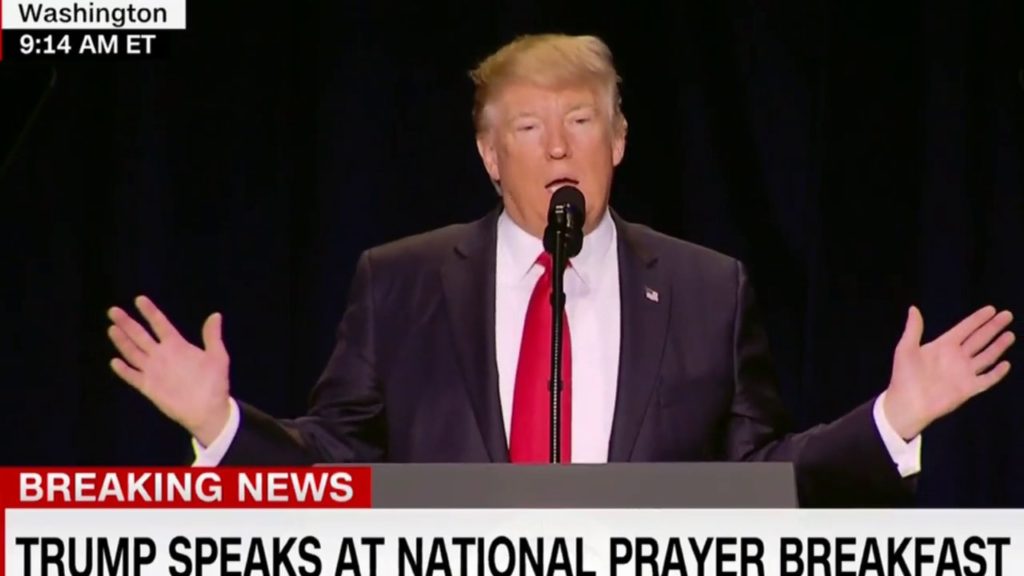 Religious leaders have long complained that the Johnson Amendment restricts their free speech. Trump would need an act of Congress to repeal the law.

This law has hindered the free expression of leaders across American. As the spiritual leaders of millions of Americans, it is only natural for pastors to share their thoughts on matters of politics.

While it would be unethical for a religious leader to tell their followers whom to vote for, they should certainly express their views on politics, from a Biblical perspective, or whichever perspective they follow.

Secular political leaders are obviously against such things, as they feel faith in God should have no bearing on our government. This despite the fact that much of our moral compass — needed to pass necessary laws and reforms — is rooted in religious faith.

Both the abolition movement and the Civil Rights movement were inspired by Biblical teachings.

With a conservative majority in Congress, it stands to reason that Trump will repeal this law. Hopefully he will do it soon.