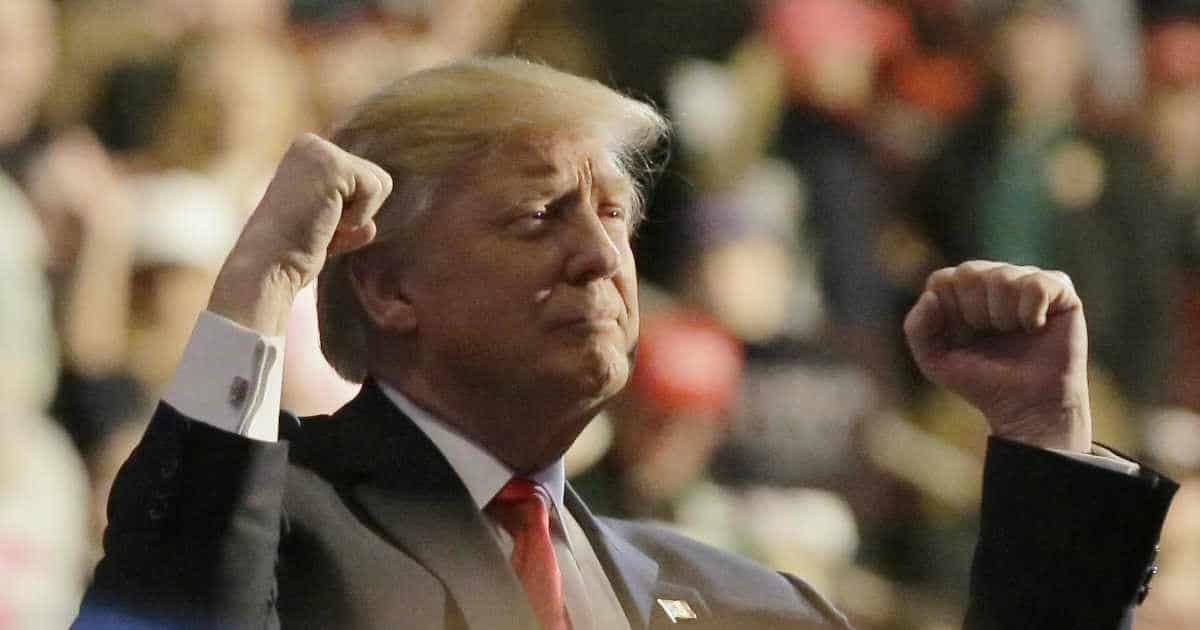 Businessmen save money. It’s what they have to do to survive.

Anyone bashing Trump at this point seriously needs to buy a calculator, because they’ve got some explaining to do.

No president in history has done what I’m about to tell you. Not even close.

That’s 100 billion dollars, if you weren’t sure. And I’m not making this up at all. The math is solid.

On January 20th, the day of President Trump’s Inauguration, the US Debt stood at $19,947 billion. As of March 16th, the most recent date for US debt reporting, the US Debt stands at $19,846 billion. And, of course, my favorite part:

President Trump has cut the US Debt burden by over $100 billion and 0.5% in the first two months since his inauguration!

The explanation point there? Completely necessary. This is big, big money that we’re talking about.

Liberal talking heads and progressive idiots usually have a standard, knee-jerk answer for good news like this: ‘well, the Debt always goes down when you have a new president.

So this isn’t Trump being good; it’s just what happens.’

And if you hear that nonsense, be ready with the truth: it didn’t happen under Obama. Quite the opposite, in fact – Obama increased the Debt. By a lot, and all within his first few months in office.

Under President Obama, the US Debt burden increased by more than $400 billion after his inauguration through March 19th 2009, his first two months in office.

Overall Obama doubled the US Debt during his Presidency and set records for highest deficits and the largest debt increase by any President ever.

Gateway Pundit isn’t lying, and they have the numbers and the charts to back it up. The math is clear – Obama doubled the Debt, and he did it within the first few months in office.

Trump dropped it by well over $100 billion dollars, and he did it within the first few months in office.

So, to liberals protesting Trump, and his ‘failed casinos,’ and his ‘bankruptcy,’ and blah blah blah: listen up. Because I’m only going to say this once:

Still didn’t hear? The ­math­ backs this up.

Read the numbers, and weep.