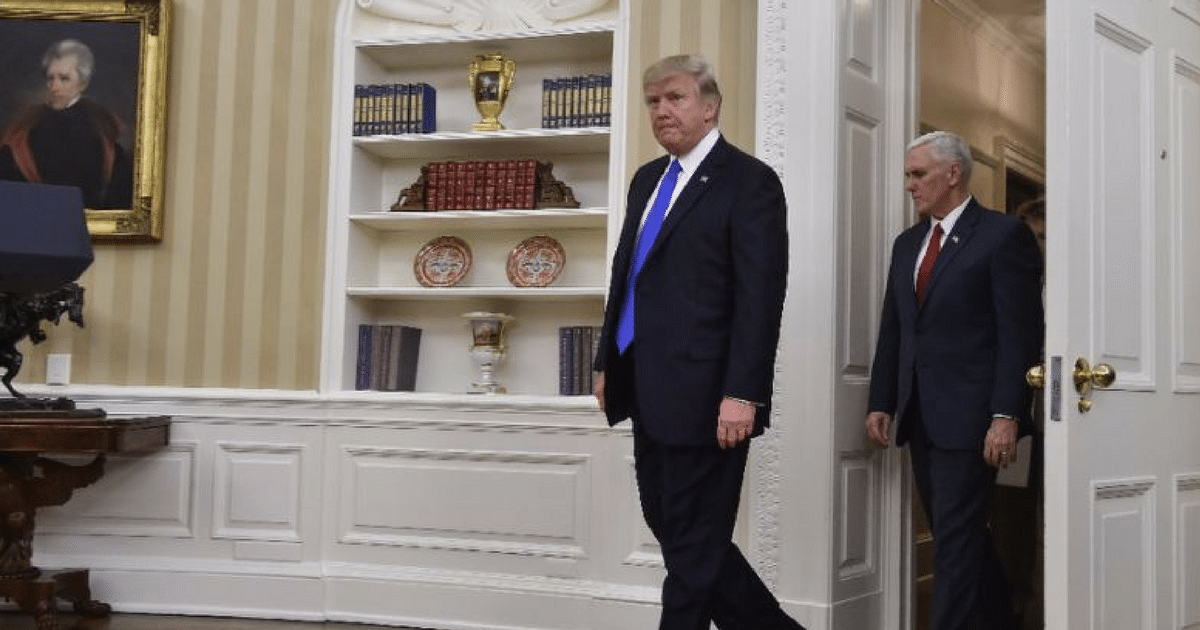 Since day one, President Trump has faced opposition in Washington.

Lead largely by democrats, these lawmakers have tried to frustrate the President’s plans. They’ve resisted almost every measure he’s put forward to improve the lives of Americans.

But recently we learned about a special meeting hosted by Trump. This meeting was to tackle a vital issue. And you’ll never believe who came along.

President Donald Trump invited a bipartisan group of House Ways and Means Committee members to the White House Tuesday to discuss the tax reform framework slated to be unveiled this week.

GOP lawmakers said they felt that the meeting was productive, telling reporters that it allowed their Democratic colleagues to ask questions and discuss where they can find common ground.

“I think the president is asking for help and he laid out the vision, so we’ll see,” Republican Rep. Jim Renacci of Ohio told The Daily Caller News Foundation. “I think Republicans and Democrats agree we’ve got to reduce corporate tax rates. I think they also realize we’ve got to cut taxes on the middle class…”

“He said, ‘Hey listen. I have a lot of wealthy friends and they tell me don’t worry about us, let’s worry about people who haven’t had a raise in so many years — it’s really about people who’ve seen their wages frozen, let’s make sure they have more take-home pay,’” Kelly said. “I just think they didn’t expect that.“

Most of the republicans at the meeting came out optimistic. They discussed plans to lower taxes on the middle class and other hard-working Americans. It’s clear theirs and the President’s priority is to help as many citizens as they can.

The democrats didn’t seem that hopeful. While the President is pushing for tax cuts to all Americans, democrats are still resistant. For years they’ve promised relief for most Americans, targeting the richest one percent.

Yet when there are talks of actually cutting taxes for the middle class and others—they are suddenly discouraging.

Maybe because they’ve never intended to cut taxes for anyone. They only promised to provide relief for the middle and working classes, never planning on doing it.

Once again was see the true colors of the democrats. They make big boasts, but when it comes time to do the right thing, they are shockingly quiet.