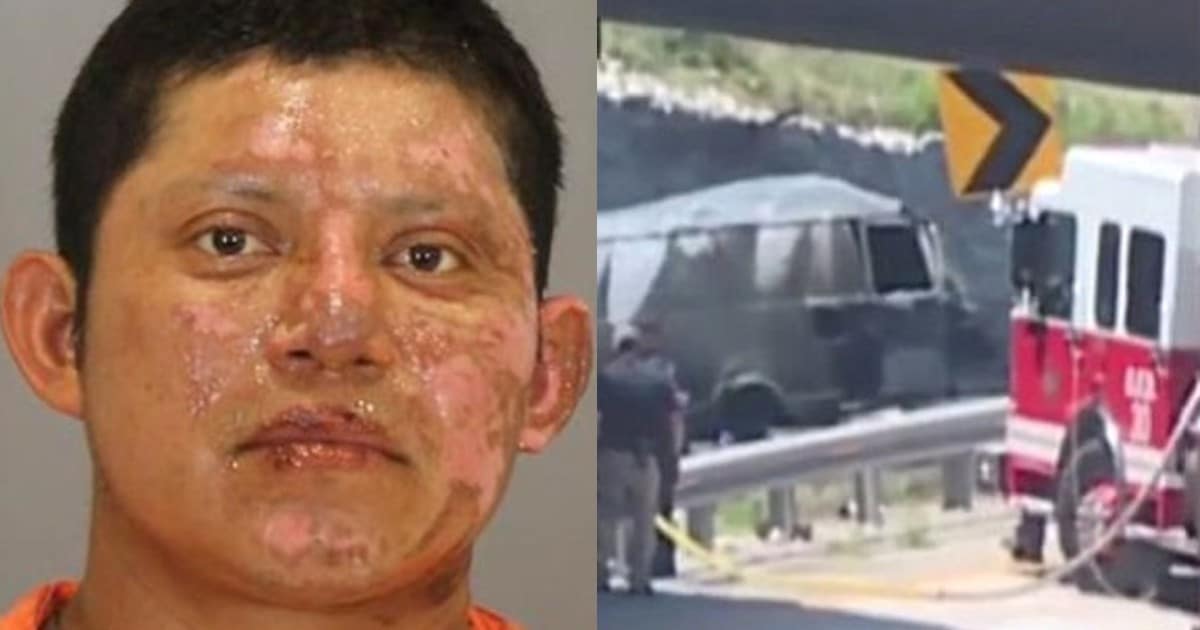 But it’s a good bet that his ride home would have changed his mind.

Torres was leaving work early – roofing, after all, is an awful job in the heat of the day.

And when it’s so hot that the tar starts to melt, it’s probably best to take a break.

Or just pack up, and wait until tomorrow.

And Torres did just that.

And his partner – an illegal immigrant, one who had been deported seven times before this day – decided to drive at 100 miles an hour.

After having 12 beers. And you can probably guess the rest.

An illegal immigrant, who has been removed from the United States seven times, had consumed ’12 beers and was driving at 100mph’ when he crashed his van and killed a father-of-three.

Nemias Garcia-Velasco, 32, who is from Mexico, was going over 100mph when he lost control of his 2001 Dodge Ram work van and crashed, killing 58-year-old Silvano Torres.

Or, if you will, ‘guy who follows the rules and obeys the law is killed by guy who ignores the law, thanks to the spineless liberal Left.’ That’s probably the more accurate version.

Because it’s not just that 7-Timer Velasco kept breaking the law. It’s that he had no intention of ever making it right. And why would he? Who was ever enforcing the rules?

Garcia-Velasco had also been convicted of having false citizenship papers prior to the crash, just a day after the Fourth of July holiday.

Forging documents? Nice. And also illegal. Suddenly, the 12 beers and reckless engenderment doesn’t seem so out of place.

Besides, anyone with this much alcohol in his blood isn’t simply reckless – he’s a killer.

Garcia-Velasco’s blood-alcohol level was .243 when it was checked at a hospital after the crash.

If you’re not familiar with blood-alcohol levels, here’s a quick primer:

Silvano Torres, father of three and legal immigrant, got into a car with a time bomb. One that wouldn’t even be here if we enforced immigration law.

What an awful way to learn that lesson.