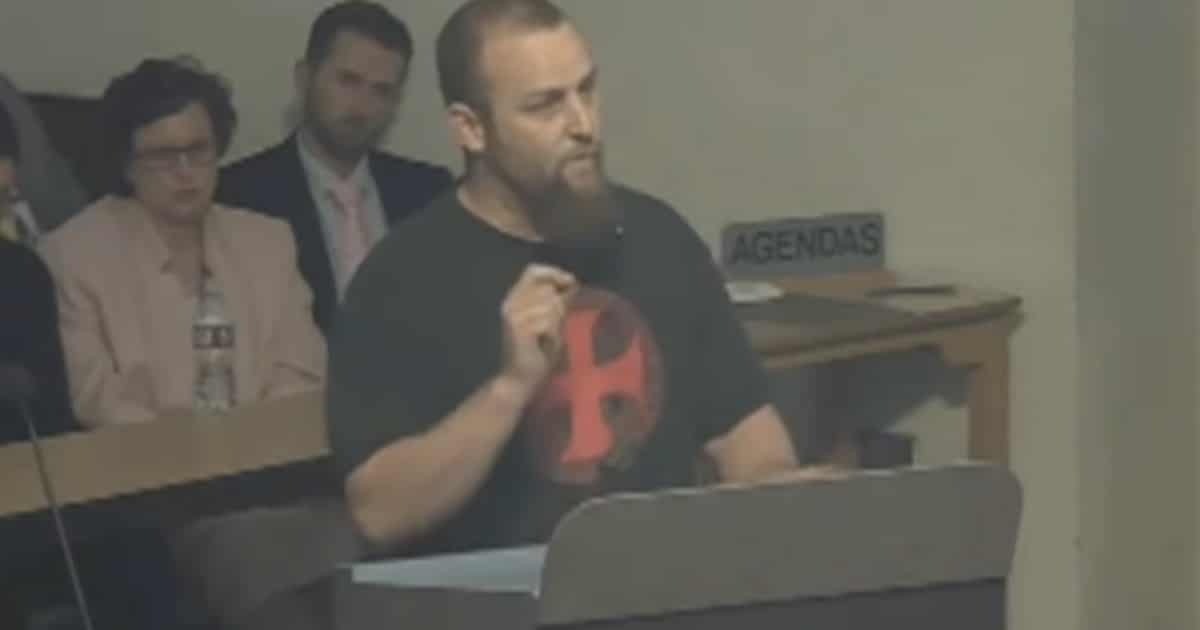 For years Christian families have been suppressed by public schools, now this.

Christian students who want to express their faith on school grounds are often prevented, not by bullies or other students, but by the very teachers and faculty that are supposed to protect them. American citizens, on America soil, have their religious rights frequently assaulted on the bogus grounds of “separation of church and state.”

Yet that vague rule does not seem to apply to Islam. Time and again we learn about liberal school boards allowing Muslim groups to force their religion onto students. Muslim teachers and others show pro-Islam videos and material to students. The obvious intent is to influence children into following this religion.

Where is the outrage? Why aren’t secular activists fighting this obvious violation of “separation of church and state”? It seems like liberals use a double standard.

At least one father had enough. After his school tried to force Islam on his kids, he appeared at a public meeting and let them have it.

The liberal nutjobs on the San Diego School Board of Trustees partnered with CAIR to develop a bogus anti-bullying campaign. It’s really a course taught to kids on Islam during Social Studies class, and conservative parents were rightfully livid as they addressed the school board last week…

One pissed off dad said, “My name is Christopher Wyrick, I’m a father, a husband, and a very, very proud American. I’ve been given many titles in my life, but the one I’ll never accept is the one of ‘infidel.’”

Mr. Wyrick was continuing to expose tough truths about the infiltration of Islam in American schools when the board tried to cut him off. He then said these eight words: “You’re gonna have to drag me outta here!”

The board shut up, sensing Mr. Wyrick was not fooling around. He continued forcefully making points that leave the audience cheering… Every single speaker was against implementing this so-called Muslim anti-bullying program.

Not surprising, every parent there agreed with the dad. They did not want Islam forced onto their kids at public school.

Most liberals are atheists or non-religious. They aren’t Muslim and have no reason to promote the religion on school grounds.

Yet we often seen democrats working to help advance the cause of Islamists in America: to turn the United States into a Muslim state under Sharia law.

It’s because empty-headed liberals consider Muslims victims and work to protect them like a minority group. What these democrats don’t realize is that are helping a group that creates many victims and will destroy American virtues like freedom and democracy.

The only way we can stop this is to support needed education reforms by our president. Parents must have choice in where their kids go to school. Teachers and faculty must be held accountable to parents and the community.