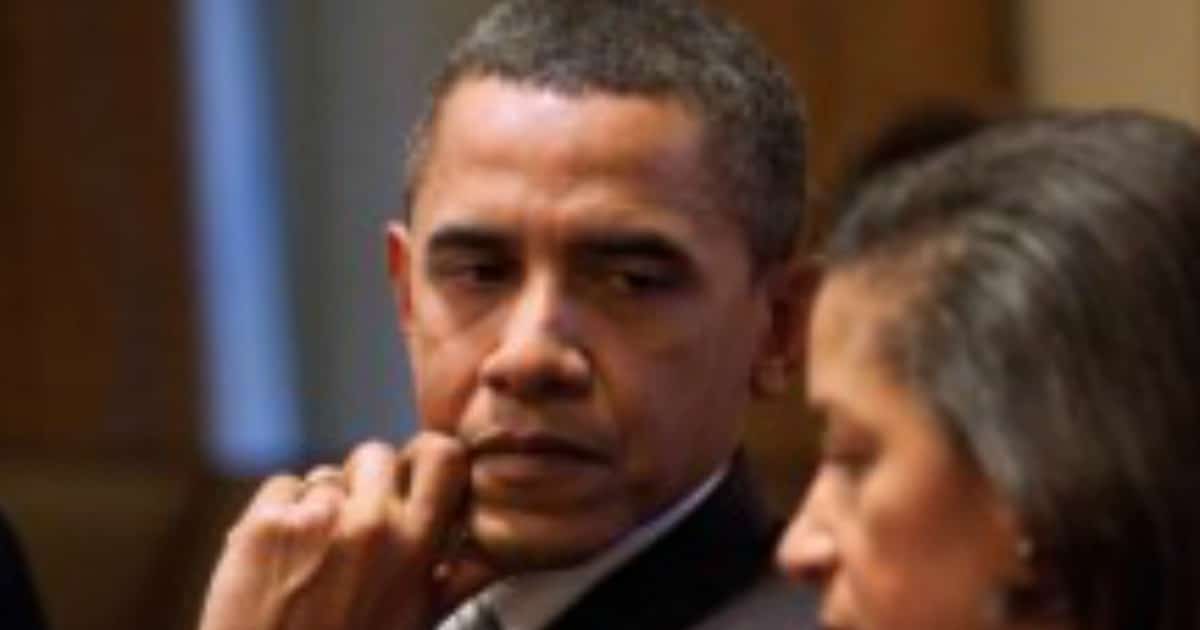 Only now are the American people discovering just how dishonest the Obama administration was.

They would stoop to the lowest depths to violate our rights and push their agenda. Then, when there was a chance they would be caught, they found loopholes to avoid accountability.

It seems like Obama and his cronies committed one last act of deception, to cover their crimes. A lawsuit by conservative watchdog group Judicial Watch revealed that the files involved with Susan Rice’s unmasking of the names of Americans caught up in U.S. spying had been squirreled away in the files of Barack Obama’s presidential library, the group announced Monday.

According to a press release, the documents may be sealed for five years so that no one can touch them, leading to further problems in the inquiry into whether Rice’s unmaskings were politically motivated or not…

The removal of the records seems to be an unusual step considering that the Obama library isn’t due to open until 2021 and it would seem somewhat unlikely that the former president plans to open an exhibit extolling Rice’s decision to unmask sources in the run-up to the 2016 election.

It’s obvious that Rice’s choice to unmask the names of some of Trump’s people was politically motivated. In addition to this, she allowed those names to be leaked to the press, a clear violation of the law.

She did it—most likely under Obama’s orders—in the hopes of hurting candidate and then President-Elect Trump.

But this was nothing new. Throughout his tenure, Obama abused the law and his office for political ends. He used the IRS to unjustly punish Tea Party groups. He extorted cash from companies to fund liberal organizations.

And that’s not to mention how he broke U.S. law, including the Constitution, to aid illegal immigrants and refugees.

Now he is using a legal loophole to hide one of his crimes from the public.

It’s high time that we call his presidency a failure and disgrace. We may not see the contents of those documents right now, but we will eventually. One day everyone will know what an enemy of the people Obama was.