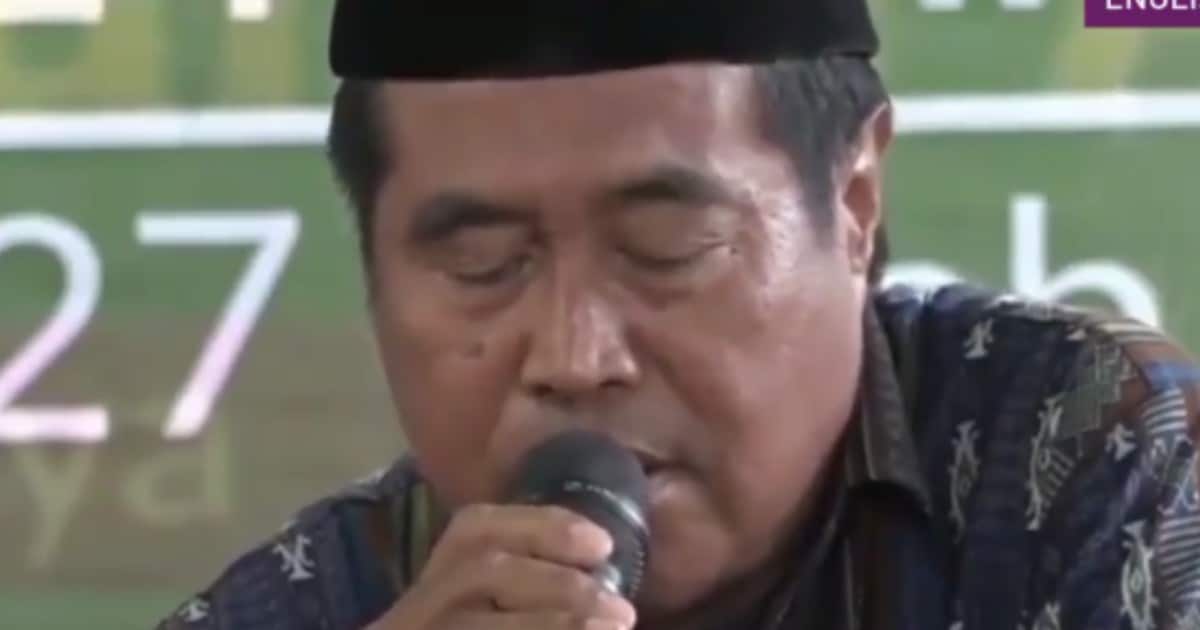 Here’s a reminder that you never know what’s going to happen, even in a religious meeting.

Unlike Christianity and other major religions, Islam demands strict obedience to its laws, or Muslims face severe penalties.

Instead of grace and forgiveness for their sins, Muslims must follow demanding rules and lifestyles, for fear that their god will punish them without mercy.

That’s partly why conservative and radical Muslims treat outsiders with such contempt and hostility. If they cannot even receive kindness from their god, how worse is it for non-Muslims?

This certainly doesn’t inspire any kind of hope or confidence among followers. Even the most devout of their faith cannot escape the wrath of a punishing god.

Perhaps that’s what was on the mind of a particularly well-known Muslim leader as he recited a passage from the Quran. That might explain what happened next.

VIDEO: A prominent reciter from #Indonesia died while reading verses from the holy Quran http://ara.tv/yb357

A prominent reciter of the Quran in Indonesia keeled over and died in the middle of reading aloud a passage from Islam’s holy text live in front of a camera and full audience.

Sheikh Ja’far Abdulrahman’s mesmerizing voice can be heard going over lines of the text, until his voice trails off, and things quickly go from bad to worse…

“(He) who created death and life to test you (as to) which of you is best in deed,” he said according to a transcription of the reading provided by El Arabiya English, “and he is the exalted in might, the forgiving …”

And you already know what happened then.

Reportedly, the man was then taken to the hospital where he was declared dead.

It’s pretty disturbing to think that this man dropped dead while in the middle of a religious service. It’s even more disturbing to consider the passage he was reading the moment he died.

Was this a message from their god about life and death? Was this respected leader found not even worthy to recite from the Quran and was punished on the spot?

Those of us who do not follow Islam will disagree. Yet it is a chilling reminder that you never know when your time is up.

Human life is so fragile. We cannot waste our time with empty pursuits and flawed beliefs.

Everyone who watches this video must ask themselves: am I ready to die, should my time come right now?