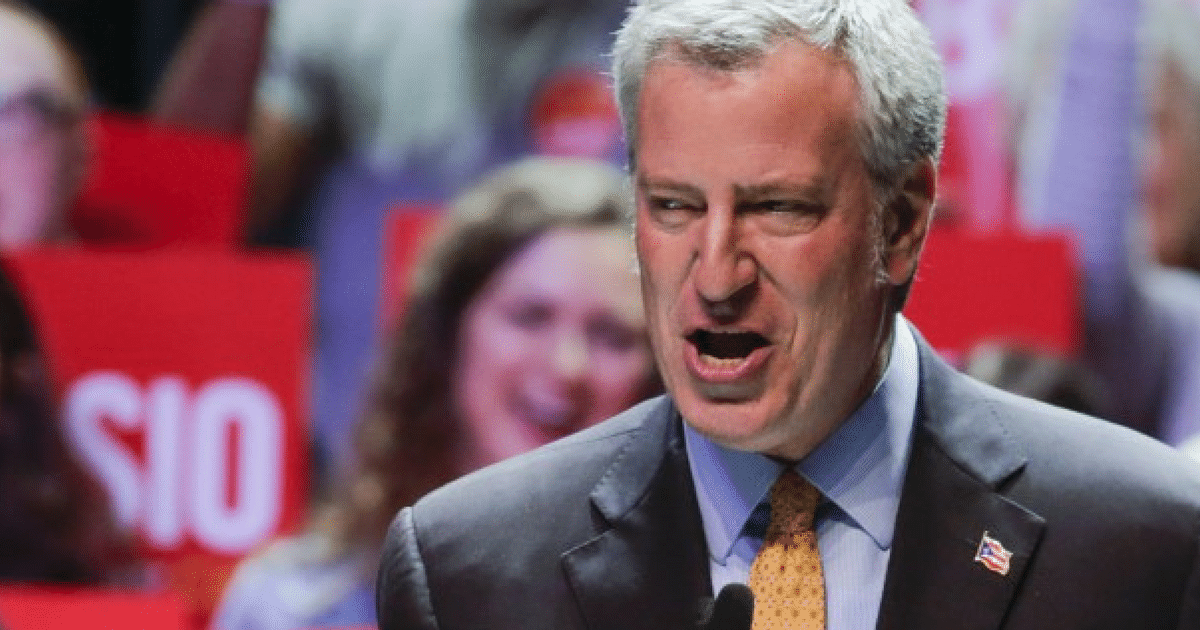 Liberal Sanctuary City mayors have a long habit nowadays of doing everything they can to undermine law enforcement. And NYC Mayor Bill De Blasio has always been at the head of that lawlessness.

This time, though, he’s hit a new low.

Let’s talk De Blasio’s job performance – he can’t seem to get dead bodies out of NYC subways. He doesn’t have the respect of the NYPD. And he’s doing his best to undermine federal law.

But it’s now come to light that he had been warned repeatedly – repeatedly – about the possibility of a new terror attack on the streets of New York. And he did nothing.

Our source today is none other than Imam Mohammed Tawhidi, one of Australia’s resident Muslim scholars and teachers – and, most recently, the man who tried to warn the mayor of NYC.

In 2016, I told Mayor De Blasio that I was in NYC and noticed some hot radical centres. I was willing to point out serious cases. Ignored!

And if you don’t know who he is, you should.

Tawhidi is one of the most controversial teachers in the Islamic world, and for one good reason – he tells the truth. He’s Iranian. He was educated in Iran. And yet he’s not afraid to call for a ban on Muslim immigration. He’s not afraid to say that Islam is a religion of violence.

Mostly, though, he’s not afraid to make Islamic extremists angry when he tells the truth. Which means, if nothing else, that he’s a man you should listen to. Especially when he tries to warn you that something dangerous is coming.

Fact: In the last two years, De Blasio spent all his energy and resources in trying to bring down President Trump and not Islamic Extremists

Tawhidi had visited NY in 2016, and noticed one thing – extremist centers were on the rise. They were easy to track, easy to watch, and easy to shut down. In short, it was a law enforcement cakewalk. All the mayor had to do was heed Tawhidi’s warning, and divert some resources.

That, of course, didn’t happen. And you know the rest of the story – Uzbek Sayfullo Saipov drove a truck down a NYC bike path, killing eight people, and yelling ‘Allahu Akbar.’

(Sorry – he yelled ‘God is Great’ in Arabic. Great job there, CNN.)

It’s no secret that guys like De Blasio don’t understand the world of Islamic extremism. But that’s all the more reason for them to listen to the words of warning from men that do understand.

Perhaps the rest of us should now listen to Tawhidi.

He was completely ignored!

Source: the Imam Himself