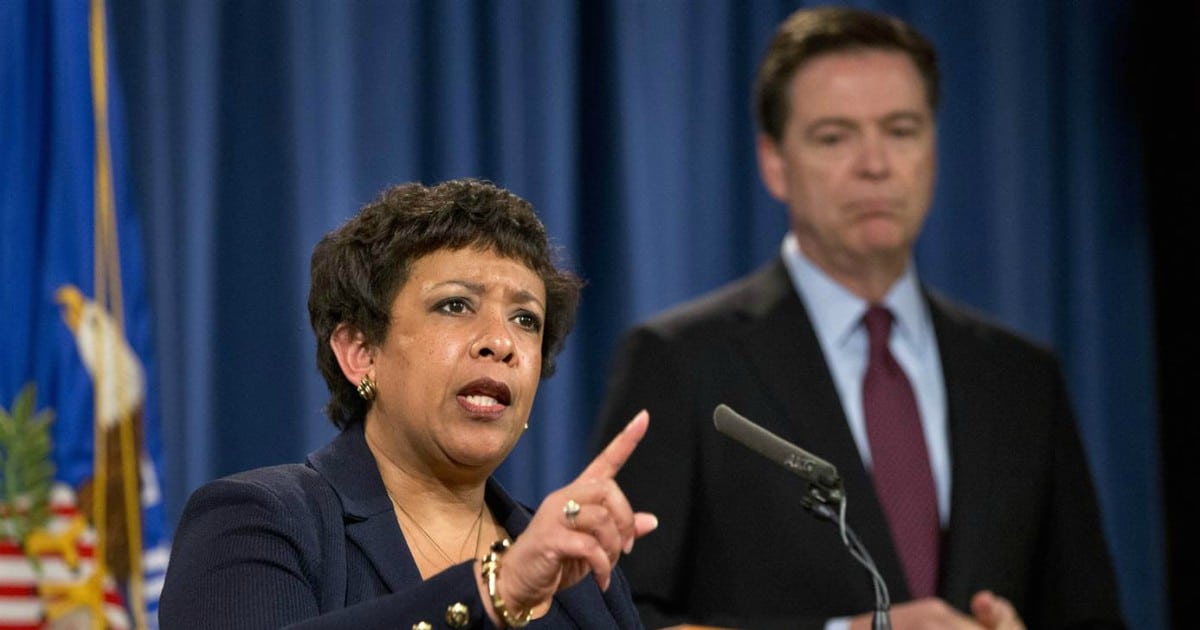 With all the back and forth over the Clinton email scandal, we all knew something just wasn’t quite right about the whole matter.

From when James Comey said Hillary didn’t intentionally mishandle classified information, only that she was “extremely careless,” to the day he told congress that the Clinton email case had been re-opened — it was clear that there was a lot of suspicious activity going on behind the scenes.

Now it has become clear in a report by the New York Times, that Comey distrusted the Justice Department and especially Loretta Lynch the attorney general aka his boss.

The News Tribune tells why :

The Times found that this go-it-alone strategy was shaped by his distrust of senior officials at the Justice Department, who he and other FBI officials felt had provided Clinton with political cover. The distrust extended to his boss, Loretta Lynch, the attorney general, who Comey believed had subtly helped play down the Clinton investigation.

So it’s clear that Comey didn’t think Lynch would do the right thing and hold Clinton responsible for what she had done. There are many reasons why Comey felt this way. The Hill reports on one of the key reasons:

As an example, the Times reported that Lynch, during a meeting in September 2015, called on Comey to use the word “matter” instead of “investigation” when publicly discussing the case, three people who attended the meeting told the Times.

Lynch reportedly reasoned that the word “investigation” would raise a number of other questions. Furthermore, she argued that the department should maintain its policy of not confirming investigations.

After referring to the FBI the question of whether classified information had been improperly handled by Clinton through her use of a private server, a step toward a criminal investigation, Justice clarified that it was not a “criminal referral.”
This also raised suspicions at the FBI, according to the Times. Clinton seized on the wording to say that what the FBI was conducting was “not a criminal investigation.”

This is when Lynch was seen privately meeting with Bill Clinton, and many said she should recuse herself from the investigation. Which she didn’t do.

Yet another reason Comey didn’t trust her. So when new Clinton emails came to light from a different investigation into Rep. Anthony Weiner, who was married to Hillary’s aide Huma Abedin, Comey was in between a rock and hard place. He didn’t know how to proceed.

He finally came to the conclusion that he had to report that the Clinton email investigation had been re-opened, or else the FBI could be accused of withholding information.

Thank goodness he did, otherwise we may now have a second President Clinton.

Source: The News Tribune, The Hill