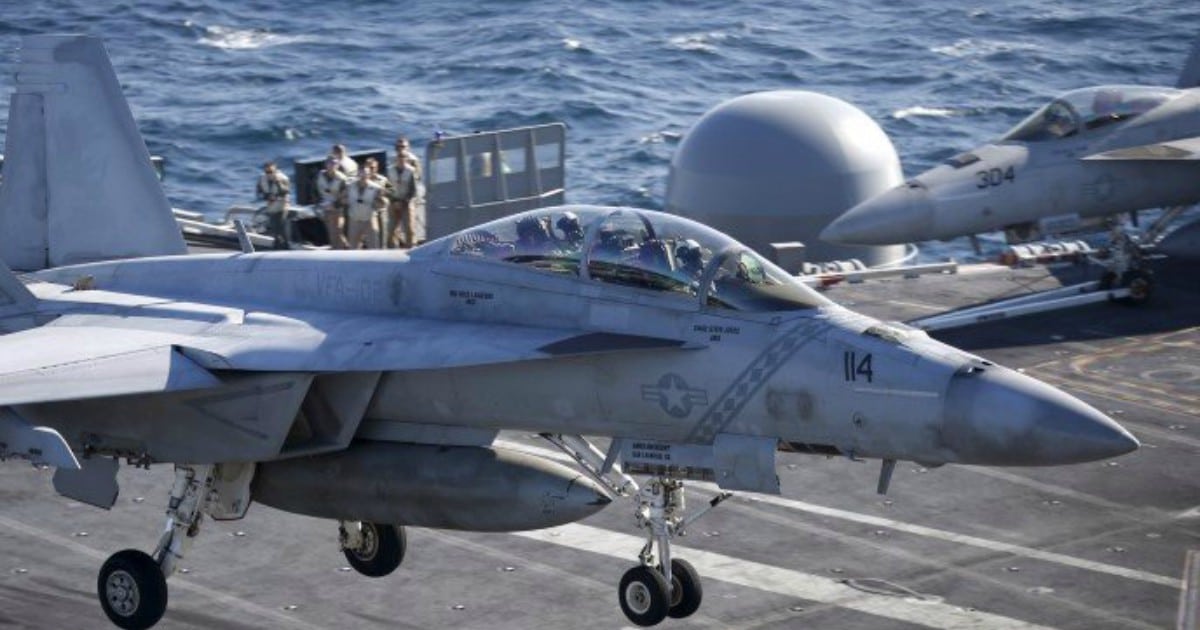 Anyone who tells you that Iran is going to keep peace with the US is in denial. Because the Iranian military is barely trying to hide it anymore.

In the past few months, Iran has formed a long habit of provoking US Navy vessels, usually by sailing far too close to them. The Iranians simply don’t move, or change course. And the US servicemen are left with two options: hit the Iranians in a collision, or take evasive maneuvers.

Maybe it’s just an intimidation tactic. Maybe the Iranians are trying to see what US evasive action looks like. Maybe they’re preparing for war. Or maybe they’re just being jerks.

But whatever they’re doing, one thing has changed: so far, the Iranians just stuck to harassing ships.

This is the first time they’ve started to harass fighter jets.

An Iranian drone flew so close to a U.S. Navy jet over the Persian Gulf on Tuesday that the pilot was forced to take evasive action, according to Pentagon officials.

The drone came within 100 feet below and 200 feet to the side of an F/A-18 Hornet fighter as it was in a landing pattern. The pilot maneuvered to avoid the drone, which did not appear to be armed.

After Navy personnel used an emergency radio frequency to warn the Iranian drone operators to cease their activity, the unmanned aircraft eventually backed off. Officials characterized the drone encounter as an “unsafe and unprofessional” provocation.

It is the first time an Iranian drone has “interrupted a flight pattern.”

A few things to note here:

One, the military, as usual, is using cold and clinical words to describe something very serious. So when you read ‘unsafe and unprofessional,’ just know this: it means ‘you could have killed someone.’

Iranian drone pilots could have killed an American Navy pilot, simply because they wouldn’t follow the rules of flight. Think about that. It’s hard to trust someone with a treaty when you can’t trust them with a flightpath.

Another important thing to note here is that the drone was unmanned, which means no one in the Iranian government has to take any real responsibility for its actions. That should make you pause.

But the biggest thing to note? Harassing a fighter jet is a first. The Iranians are escalating.

And it may only be a matter of time before a soldier, sailor, or pilot is killed.