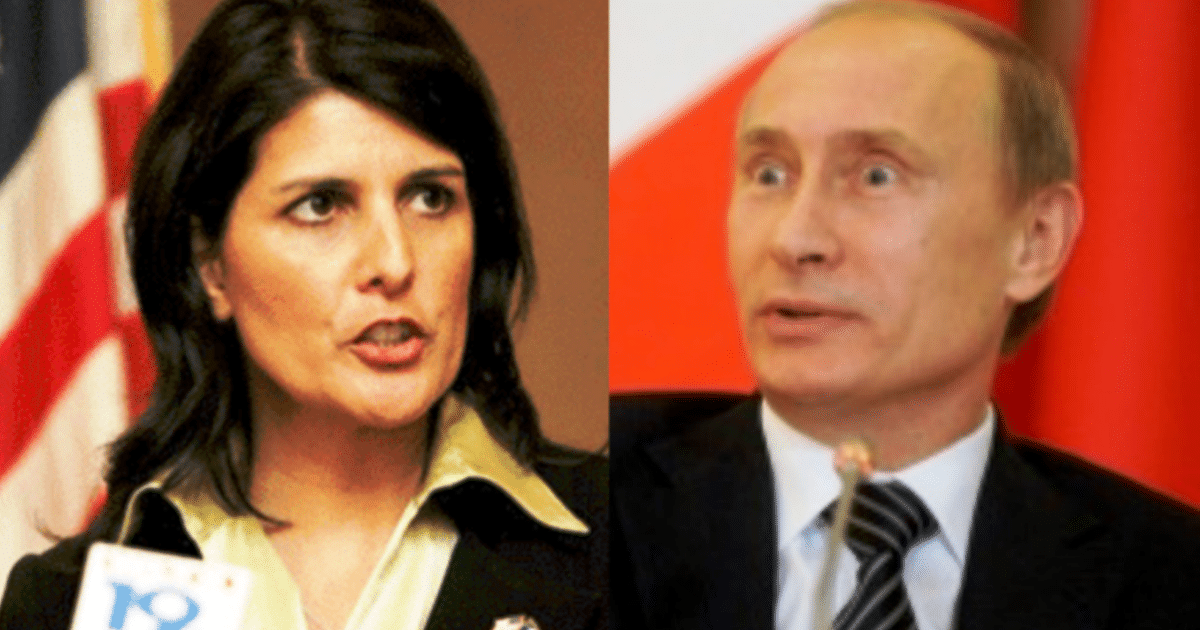 With the ongoing controversy of Russia’s involvement in the Syria chemical weapons attack still white hot, US ambassador Nikki Haley took to the floor of the United Nations.

She delivered a powerful message directly to the Russian government and the world.

“Men, women, the elderly, and children gasping for their very last breath,” she said. “And as first responders, doctors, and nurses rushed to help the victims, a second round of bombs rained down. They died in the same slow, horrendous manner as the civilians they were trying to save.”

She then stared down the Russian ambassador and said: “How many more children have to die before Russia cares?”

Needless to say the Russians weren’t very happy about being humiliated, but they brought it on themselves.

President Trump and his administration have made it crystal clear that America’s doctrine of no longer changing regimes is far different then a policy of non-interference when dictators use the world’s cruelest weapons against the world’s most defenseless people.

This goes beyond international law or even human decency, this is America’s proud tradition of standing up for the poor and marginalized around the world. A legacy that President Trump clearly intends to honor.