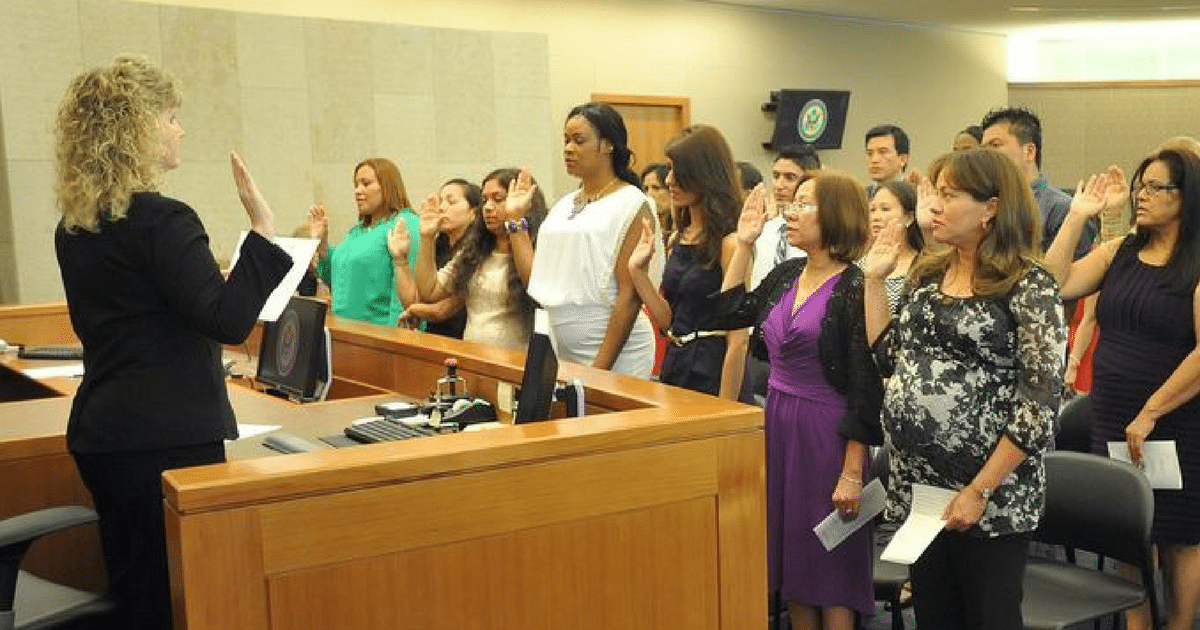 The favorite pastime of every liberal is the idiotic lawsuit. It wastes time, money, and tries to force other people into doing what it wants. Which, of course, are the three favorite pastimes of the American Left.

Mind you, the usual target of lib suits is a government agency, or a major corporation, or some poor group of fisherman who live near an endangered species. But today’s lawsuit is far and away the worst.

Because this lawsuit is challenging the Constitution itself.

Folks, meet Olga Perrier-Bilbo, an atheist who is suing the government over the words ‘so help me God’ in the oath of allegiance to the United States.

A French national has filed a federal lawsuit against the U.S. government, claiming the citizenship oath violates her religious freedom.

Olga Perrier-Bilbo, an atheist, has lived in Massachusetts since 2000 and wants to become a U.S. citizen but claims she can’t because the oath requires her to say, “So help me God.”

Olga Perrier-Bilbo a French citizen, & atheist, objects to “So help me God,” in the ceremony to become a citizen https://t.co/4fghCaJ7ad

You might be wondering how a foreign national has managed to sue the US government. Well, she had help – very eager liberal help.

The atheist attorney drew attention for a U.S. Supreme Court case when he argued the Pledge of Allegiance should be rewritten to exclude “under God.”

In 2016, Newdow filed a federal lawsuit arguing “In God We Trust” must be removed from U.S. currency.

Ah, liberal lawyers. With disabled vets needing proper medical care, free speech on campus in need of protection, and nearly every government agency in need of reform, it’s nice to know that lib suits have directed their lobbying efforts to…well, removing a phrase from a piece of paper.

Priorities tell you everything about a person.

And they tell you everything about Perrier-Bilbo. Because there’s one thing I left out in her story. You might think she would be excited to take the oath if the government allowed her to change it.

Despite being given the opportunity to use a modified oath or participate in a private citizenship ceremony, the French immigrant still filed a lawsuit last Thursday.

The lawsuit was more important than the citizenship, I guess.