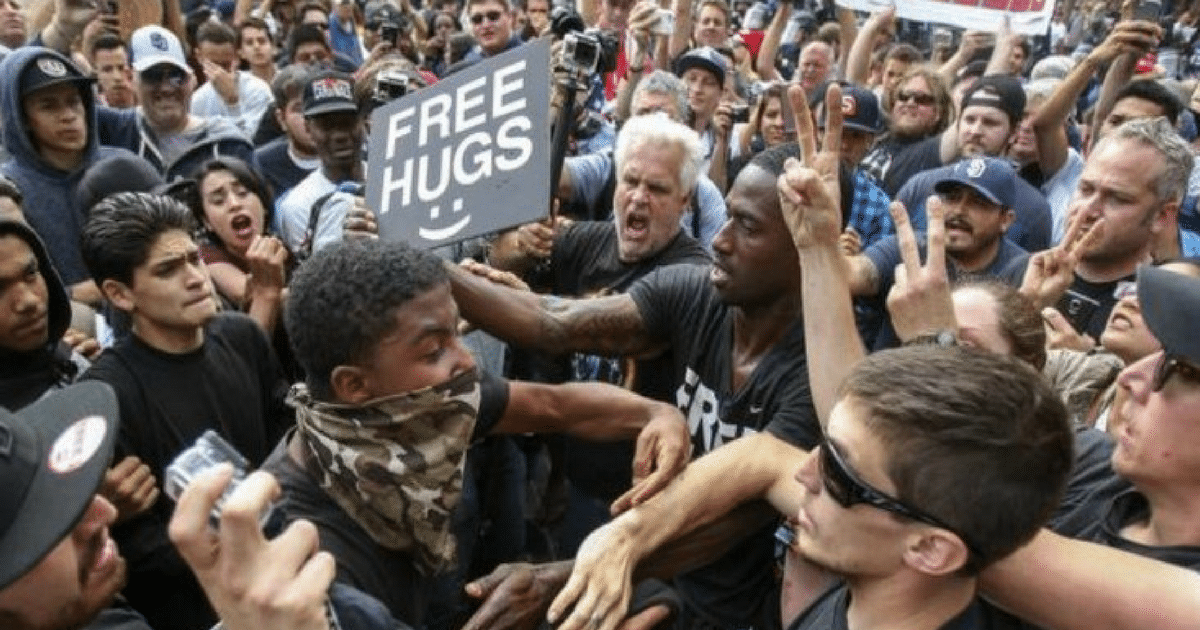 The days of agreeing to disagree about political beliefs are nothing but a quaint reminder of a foregone era.

While there’s plenty of fingers to be pointed on why that’s the case, it can really be boiled down to one simple thing: the scars of the 2016 presidential election have not healed.

President Donald Trump’s surprising victory over Democratic nominee Hillary Clinton was a gut shot of epic proportions for the Left.

There are scores of Clinton supporters out there that can’t wrap their heads around how she lost. Their confusion has metastasized into outright anger and hatred, and anyone that holds conservative viewpoints is the general target of their ire.

It’s crossed the point of being annoying. In fact, it’s getting to the point that folks are outright concerned that they’ll be labeled, branded, and blasted if they hold a viewpoint that differs from the safe space crowd.

The Independent Journal Review passes along confirmation of that.

Based on the results of a Climate Survey, political orientation was the No. 1 cause of discrimination on the the University of Michigan’s campus during the 2016 school year.

Approximately 21 percent of students experienced discrimination as a result of their political beliefs, more than those who named race or sexual orientation as a cause.

That’s pretty stunning, especially when you consider that liberal college campuses are consumed with social issues.

Unfortunately, the social justice warriors are not working towards the greater good as they claim to be, but rather exacerbating tensions.

In addition, as summarized by The Washington Free Beacon:

The anger from the Left against opposing viewpoints is not normal or rational – nor is the fact that they can’t answer simple questions without digging into their bag of tricks and insults.

Yet, social justice warriors, snowflakes, and safe spacers will jump up and down complaining about the divisiveness that’s consuming the nation.

Perhaps they can take a break from sharing every thought that enters their cranium on social media to take the time to have a long look in the mirror at what the real problem is.