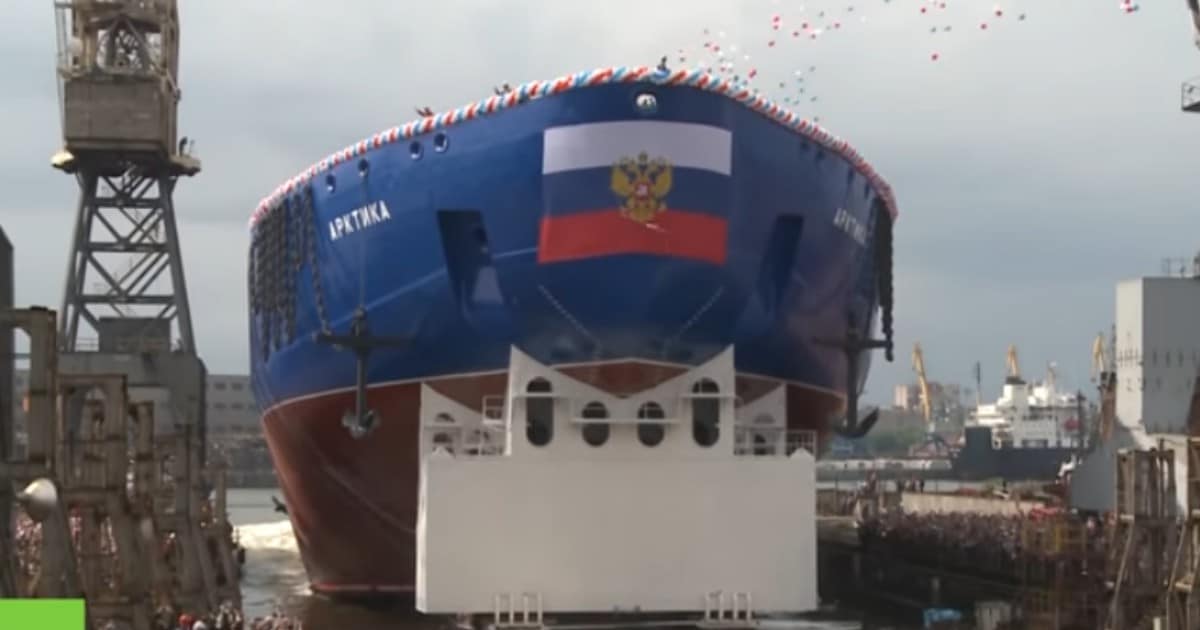 From the looks of it, Russia is preparing for war – but not in the way you’d think.

For most of us, the obvious signs of war preparation are these – massing of troops, public drills, moving of weapons and missiles, and so forth. Maybe all a nation’s diplomats are recalled to the mother country.

But those are just the imminent signs of combat. War, frankly, is fought on a much wider scale. Including an economic scale.

Which is why we should be worried when Russia makes a new class of ships, all designed to patrol and control the Arctic for themselves. Including all rich mineral deposits underneath, and all future trade routes.

Business is war, after all. Why else would ships have ice-cutting lasers on them?

A concerning report from Russia published earlier in the month announced that the nation seeks to expand its control of the Arctic Circle via the construction of a class of nuclear-powered, laser-equipped Arctic patrol ships dubbed “combat icebreakers.”

These mammoth-sized vessels will contain mounted lasers designed to “perform precision cuts” through ice, thus providing the Russian Navy with a considerable advantage over its U.S. counterparts.

As cool, and unsettling, as lasers on ships might sound, the reality is at once more boring and more dangerous. Because ships that can sail easily through ice-infested waters are a threat to the economy and dominance of all nearby western nations.

Physicist Viktor Gromov reiterated that the purpose of the laser “is not to shoot something down or destroy it — we’re talking about easing as much as possible navigation through northern regions.”

It might seem odd that being able to sail through the Arctic is an actual threat to the United States.

But history is filled with examples like this, where one nation makes a savvy business move, and suddenly dominates the earth. And the catch? Almost all of those business moves have had to do with shipping routes over the sea.

Even Portugal dominated the globe for a time, because of this. Little Portugal.

And it’s clear that US analysts have the same fear.

“It’s the attention that Russia is paying to [for] icebreaker-warships [and] rugged antiaircraft missiles,” noted Michael Peck of The National Interest. “That’s more than the United States is doing, and more than a small nation like Canada can afford.”

Business is war. And Russia is paying for big business.