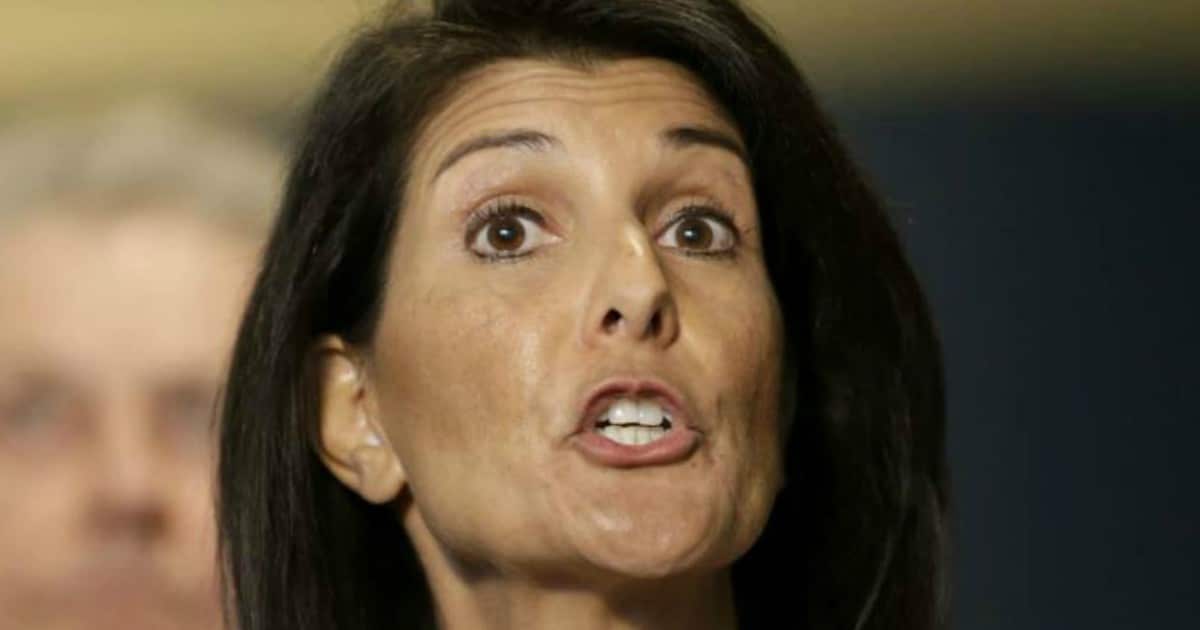 Fear not, however. Trump and Haley have told the UN exactly where they can shove it.

Taking away everyone’s weapons has been a liberal knee-jerk habit since the dawn of time, when one weaker tribe would try to disarm the stronger and protective ones. It hasn’t changed.

Nazi Germany, Stalinist Russia, and any other evil and murderous regime you can imagine has first taken the weapons of its own people, right before slaughtering anyone who dared challenge the authority of the state.

And the UN? That’s the biggest State of them all.

If there was any doubt in your mind that the United Nations has become unhinged, that’s been settled.

The U.N. General Assembly wants to “negotiate a legally binding instrument to prohibit nuclear weapons, leading towards their total elimination,” according to the United Nations website.

Nearly 40 member nations are not having it, and it turns out they’re the ones with clout.

The U.S., Great Britain, France, Russia, China and dozens of other members are not participating in the talks, according to The New York Times.

Trump promised to appoint good people. He did. And his ambassador to the UN, Nikki Haley, has brass balls.

American U.N. Ambassador Nikki Haley made it clear why the popular kids weren’t coming to the party.

“Is there anyone that believes that North Korea would agree to a ban on nuclear weapons?” Haley asked, according to Reuters.

“You are going to see almost 40 countries that are not in the General Assembly today,” Haley said.

“To ban nuclear weapons now would make us and our allies more vulnerable, and would strengthen bad actors like North Korea and Iran who would not abide by it.”

No, indeed, they would not.

The resolution hasn’t made it far. Given the leadership role the US plays in the UN, it’s a good bet that America made it easier for other, smaller countries to ignore the UN’s madness.

But it didn’t necessarily have to be that way. Can you imagine what would have happened had Obama been president when this was suggested?

Trump is protecting our borders, our jobs, and now our means of defending ourselves.
More power to him, and to Haley.

(ISIS must be destroyed)