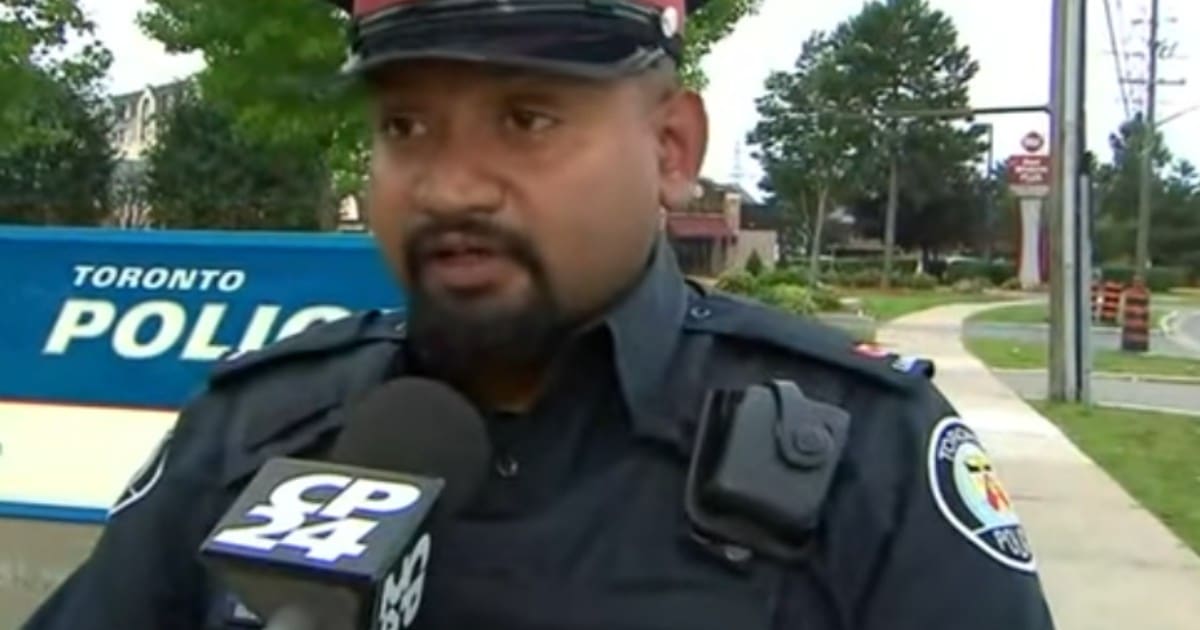 On a regular basis, police are called in to deal with criminal activity.

Be it a major crime, or just an instance of shoplifting, police have the difficult task of confronting a would-be criminal.

But when this cop learned of one thief’s reasons for stealing, it changed his outlook entirely.

Constable Niran Jeyanesan received a call that a teen was caught shoplifting at a Walmart in Toronto. An 18-year-old man had stolen a dress shirt, tie, and socks…

Jeyanesan was moved by the teen’s reason for stealing the clothes. He was trying to turn his life around. Dress clothing meant that he could show up to an interview with a promising chance to make that change.

“This young person has been facing his own difficulties in life and he was looking to straighten out all that by providing for his family and trying to get a job,” Jeyanesan said.

This cop saw the young man as a teen without resources. So he was going to use his own resources to purchase the clothing the teen tried to steal.

He decided not to arrest the teen, either. Division Staff Sgt. Paul Bois was pleased with Jeyanesan’s discretion.

For all the flack cops get from the media, it’s a shame stories like this don’t get spread more often.

Constable Jeyanesan could have easily arrested this young man without a second thought. He could have locked him up and thrown away the key. He didn’t have to listen to his story. The young man was in the wrong, after all. Caught red handed for stealing.

Yet this police officer had compassion on the young man. He went the extra mile to help him out, avoiding a criminal charge that would have cost him his second chance.

The police officer’s overseer, Division Staff Sgt. Paul Bois even said “I think the officer did a fantastic job. He exercised his discretion, definitely showed some humanity in dealing with this particular individual.”

Forget the negative press about police hyped up by the media. This is the true nature of the men and women that serve to protect our cities and communities.

Be sure to spread this story to everyone you know. It’s a story worth sharing.