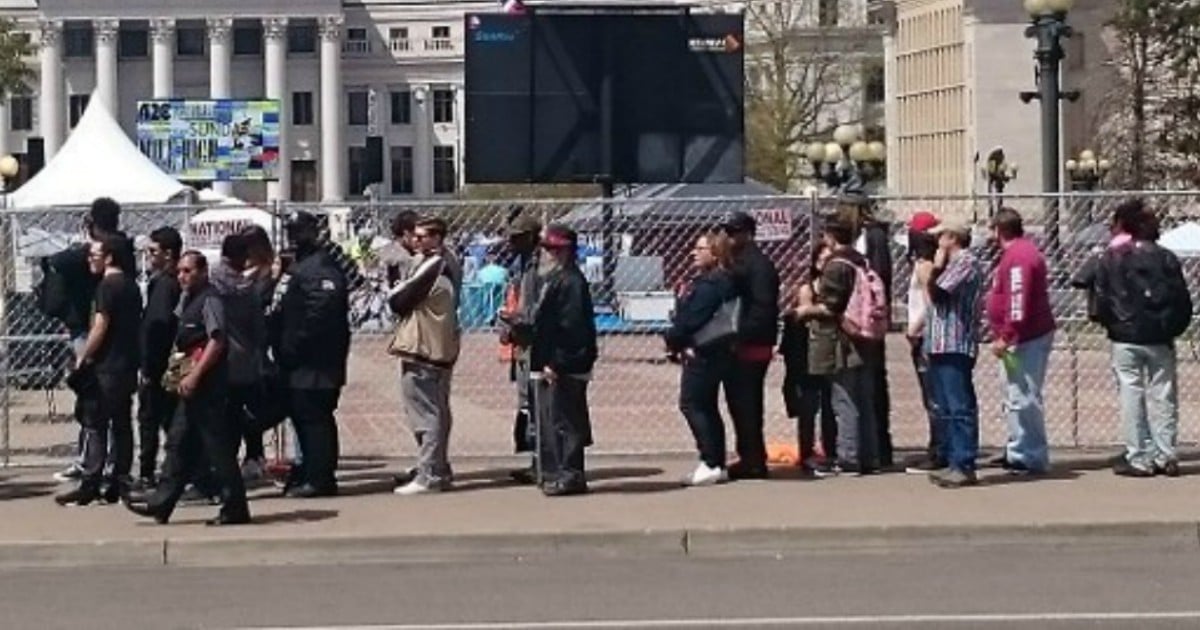 Liberals are Socialists in disguise.

What does that mean? They want to create a society where the government has complete control over your personal life. That includes monitoring or outright eliminating your Constitutional Rights.

Recently we’ve seen hostile liberals attack free speech and religion. But another, perhaps even more important right has been under fire by the left for decades.

In the liberal nightmare world of Los Angeles, CA, the people are actually lining up to surrender this basic right. All in the name of Socialism.

LAPD Collects Hundreds Of Weapons, Ammo And Something No One E…

The LAPD has seen guns, ammo, assault weapons even an Uzi in their gun buyback program. They were not prepared for what someone turned in today. Joy Benedict reports.

According to the city’s website, “(t)he citywide Gun Buyback Program is an initiative of the Mayor’s Office of Gang Reduction and Youth Development (GRYD).”

“City leaders and LAPD Gun experts will also be available to answer questions about the event and about the guns. Individuals may surrender guns anonymously at any of the two Gun Buyback locations.”

[T]he fear of these guns hurting children is one of the reasons why some of these residents are turning in their weapons. Yet, with proper gun safety and talking to children about the weapons, this shouldn’t be a problem…

“Those interested in receiving a Target gift card, may qualify for a $100 card for handguns, shotguns, and rifles and $200 for assault weapons as classified in the state of California,” the website said.

That’s right. Americans are giving up their right to bear arms for Target gift cards.

These mindless sheep believe the lies of the left that lawfully armed Americans are more dangerous than criminals. Who is going to stop criminals when they attack? Who is going to protect your family and children?

A society that cannot defend itself is no society at all. Yet the left want you to give up this basic power—over criminals and corrupt governments—so you can buy a few nice things at Target.

We all know the only thing that can stop a bad guy with a gun is a good guy with a gun. Police can’t be everywhere at once. And often disaster strikes when you least expect it. Being prepared is the only way to ensure you and your family are safe.

Because if you are robbed or hurt, you better believe those politicians won’t be there to help you.