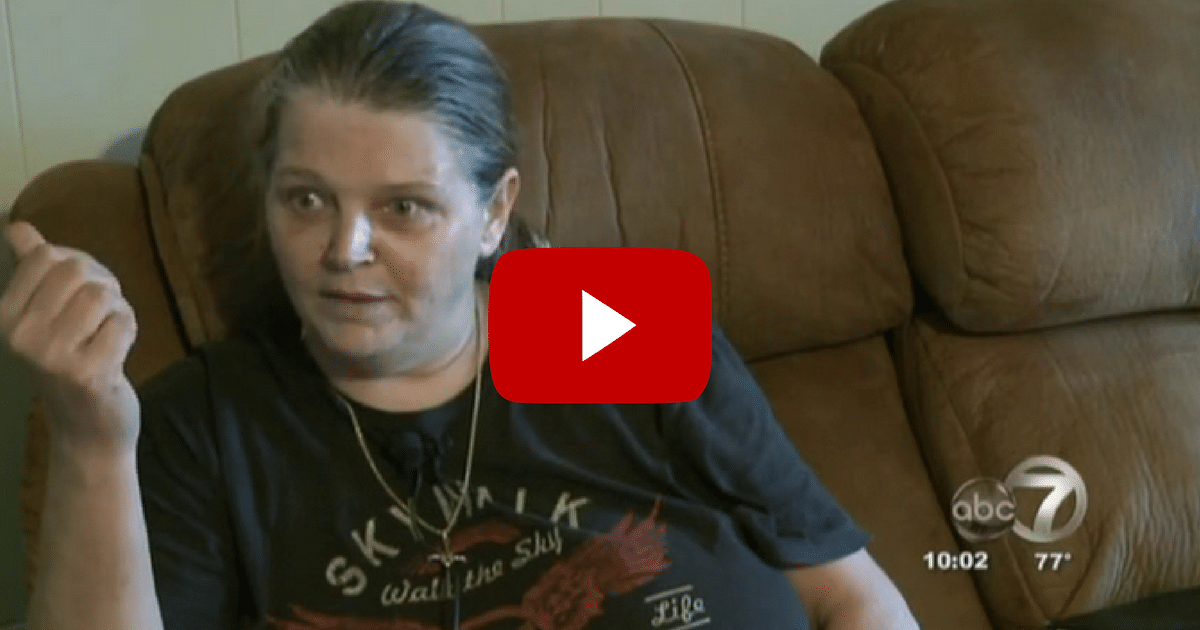 Nothing is more scary than discovering someone has broken into your house.

What do you do? If you are one of the many Americans who exercise their Second Amendment rights, you know exactly what to do.

Such was the case when Elsie Lee heard strange noises coming from inside her house. Despite the fear and anxiety of the situation, she jumped into action with simply one thought on her mind: to protect her son.

So, it came as a surprise to the criminal when Lee confronted him, gun in hand.

As you can expect, he responded like all cowards do.

A Tennessee mother who lives alone with her young son was awakened on a recent night by the sounds of her home being broken into, but her quick-thinking response to the horrifying and potentially tragic situation was enough to make most people let out a proud cheer…

“We were asleep, and I thought I had heard something but I wasn’t for sure,” Lee recalled. “I thought I was just dreaming something, and then I heard a big bang again…”

Lee had grabbed a shotgun off of the dog cage and her .45 caliber handgun from a nightstand before approaching the intruders.

“I put the gun in his face and asked him if there was something I could do for him, and he was gone just that quick,” Lee said. “I chased him out the back door trying to look at the tag number on the car, something I could describe other than just him.”

Here’s one for the good guys!

Time and again we hear from gun-control advocates that owning a firearm can lead to accidental death. Yet they never talk about how responsibly owning a gun is a powerful crime deterrent.

What would Lee have done if she didn’t have her guns? Calling the police would have been her only option. In the time it takes for a police officer to arrive, those criminals would have taken their fill and left scot free.

Or worse they could have harmed the sleeping family.

But just notice how this crook behaved when he learned the homeowner had a gun. He ran. I imagine he left a trail of urine behind him. He wasn’t looking for a fight. The valuables in that home weren’t important enough to stick around and get his head blown off.

And that’s just what would have happened.

Crooks thrive off the fact that everyday citizens have no means of protecting themselves. They just assume most of us have no way of fighting back. But this mama did.

Really makes you think about your own home, doesn’t it?