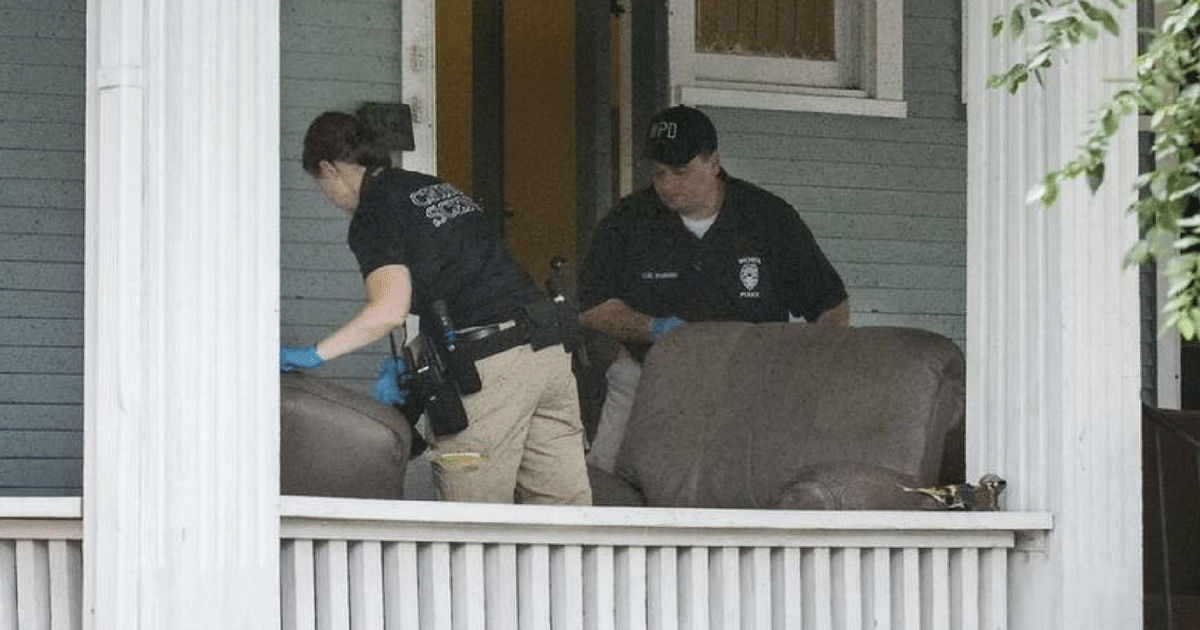 Once and while we are reminded that we live in a dangerous world.

Perhaps one of the scariest things to discover is that your home is not as secure as you’d hoped.  Millions of dollars are spent yearly by civilians on security systems, alarms, and other preventive measures.

Neighborhood watches spend hours guarding their homes against intruders and other violent threats.

Police expend untold resources to make sure the homes and families are at all times safe.

But despite all this, a family can experience the worst, when they discover their home has been violated.

That’s just what happened on Easter for the Polston family when noises coming from their porch revealed that an intruder was nearby.

Yet it wasn’t a common burglar that entered the house. It was something far worse.

Susie Polston had fallen asleep watching “Friends” on television. She woke in the late night to a loud intruder on the porch outside her Mount Pleasant home.

“Somebody’s trying to break into the house,” she told her family. They secluded themselves in the master bedroom and called 911. But then the racket quit. Ben Polston, 16, her son, snuck a look and started yelling, “Oh my God, I found it! I found it!”

He’d found it all right. In the early hours of Easter, a nearly 10-foot alligator had clambered up the back stairwell to the second story porch of their home, crunched through the aluminum screen door and made itself at home between the sofa and a swinging bench.

It lay there like a plastic prank, but when they rapped on the window glass, it lifted its head…

Alligators wandering up to homes isn’t unusual in the Lowcountry, with its abundance of marsh. Climbing a story-high staircase is. But it’s spring, the time of year male gators roam for mates.

Now, there’s something you don’t want to see in your home! A human intruder is one thing; most often a criminal will flee the scene when they learn the homeowners are there and calling the police.

But a ten-foot gator can’t just run off, especially when trapped by furniture and other obstacles.

Animal control spent two hours working to remove the animal from the home, without causing harm to the family.

Surprisingly, alligator intruders are not that uncommon, especially in areas near swampy marshes. Several times a year these gators get to roaming, looking for mates. And these sneaky creatures are quite good at climbing, shimmying, and squeezing through tight obstacles.

After eliminating the threat, the Polston’s got a more secure porch door. I don’t know about you, but after that, I might be looking for a more secure house!