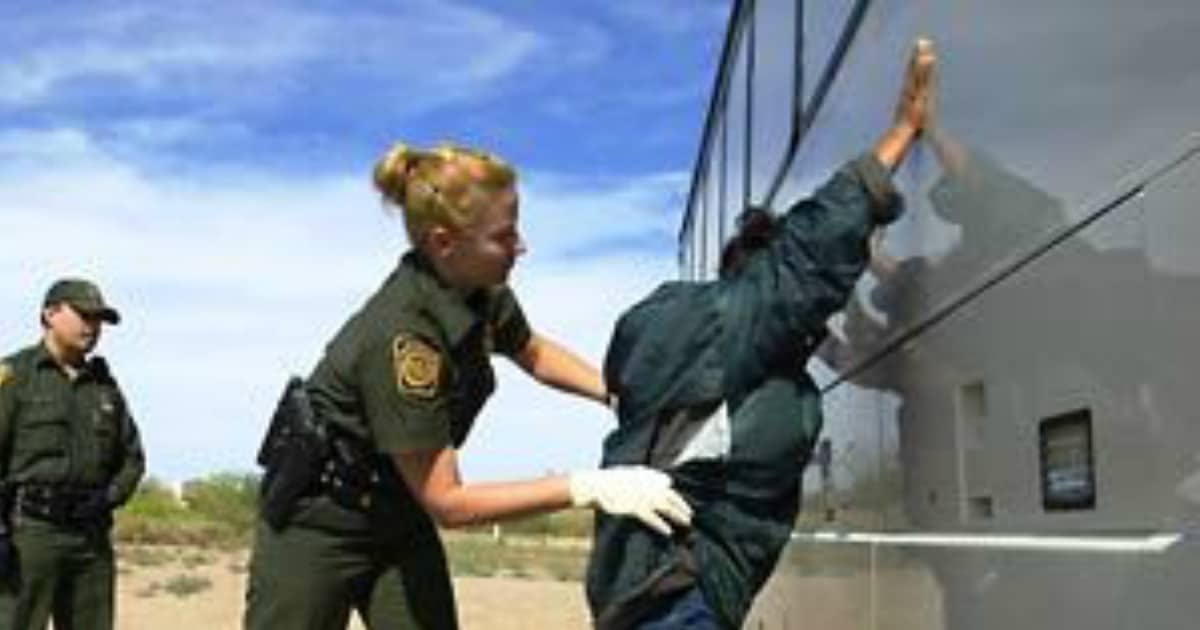 As Trump prepares to build the wall, border crossers are getting desperate – and some of them are going to absurd lengths to try to outwit the Border Patrol.

But, as today’s story tells us, not all of these men and women are criminal geniuses. Because some of their plans leave a great deal to be desired.

This is…not the best of plans. But, sadly, it’s a real one.

Officers noticed something suspicious about a 47-year-old woman from Nogales, Arizona, as she attempted to enter the U.S. through the pedestrian border lines. Upon further inspection, officers discovered nearly 3 pounds of heroin strapped to her buttocks, worth an estimated $45,000.

Nogales is a border town, and has been a central hub for drug runners for well over twenty years.

And boy, do the Border Patrol officers there have some stories.

Earlier that day, officers intercepted 22 pounds of methamphetamine, worth an estimated $65,000, in a vehicle driven by a 38-year-old woman attempting to enter the U.S. The woman, a U.S. citizen from Peoria, Arizona, hid the drugs in the rear quarter panels of her Ford SUV.

… a 26-year-old from Rio Rico, Arizona, was flagged for secondary inspection. In her Honda sedan, officers found 10 pounds of heroin hidden inside the vehicle’s back seats, worth over $178,000.

There’s a pattern here you may have noticed – all the dealers getting caught are Americans.

Fact is, Obama’s economy, and his refusal to enforce immigration laws, hit Arizona hardest of all. It’s little wonder many Arizonans have turned to dealing drugs.

And while these particular dealing geniuses may have been caught, you can bet that there are hundreds more that slip through the cracks. And that number can only go up, until we build a wall.

It’s good for keeping drug dealers out. Even the American ones.