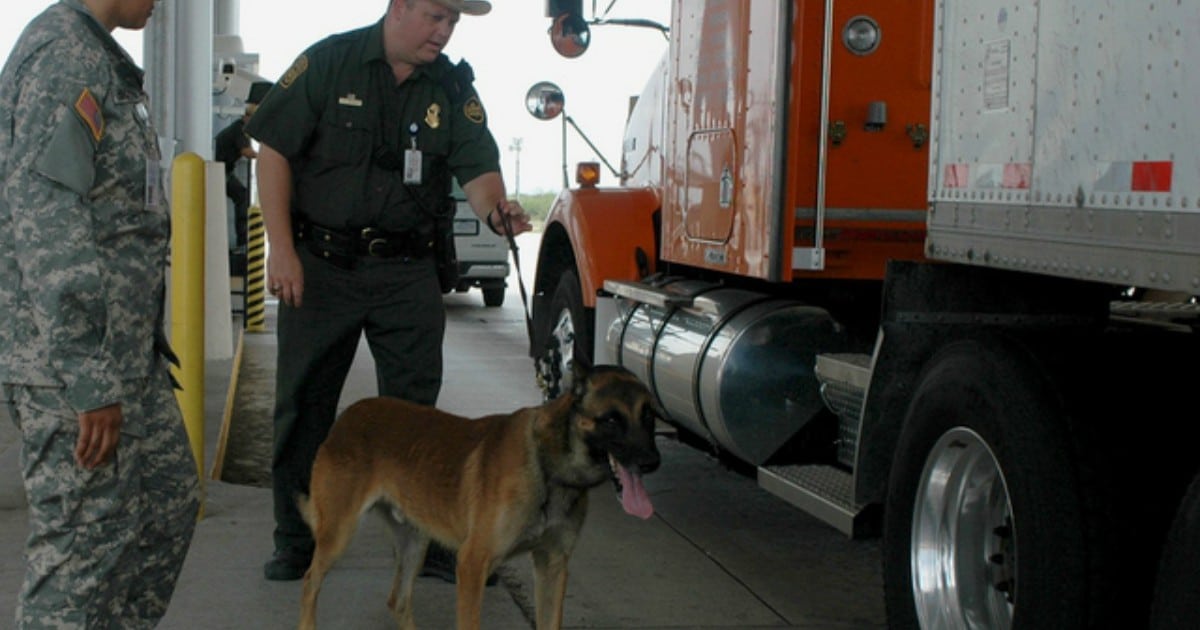 The typical liberal stereotype of the Border Patrol agent is this: mean, dumb, and vindictive – the kind of guy that enjoys hunting down poor and hardworking people, just looking for a better life. But it’s stories like these that shut those libs down.

You shouldn’t confuse ‘mean’ with ‘tough.’ And you need to be tough when you’re pulling several tons of drugs out of a van. Cartels don’t like that sort of thing.

‘Tough,’ though, doesn’t mean you don’t care. Because Border Patrol spends most of its time actually rescuing people – most of them trapped migrants.

And, in this case, Border Patrol didn’t pull drugs out of a truck – they pulled people. And most of them were near death. Getting caught by these officers literally saved their lives.

The agents…observed a tractor-trailer approaching the inspection station. A K-9 agent alerted to the presence of something unusual in the back end of the locked refrigerated trailer.

Upon unlocking the trailer, agents discovered 60 illegal aliens lying on, and within, pallets of broccoli lined with thin sheets of ice.

This part is important:

The agents determined the temperature inside the trailer to be 49 degrees. Agents arrested the foreign truck driver and seized the tractor-trailer. Officials offered emergency medical treatment to the migrants.

We should be clear – 49 degrees, over a long period of time, isn’t just a cold ride. Your body starts to pull blood from your outer vessels to preserve warmth. It’s not uncommon for those outer vessels to burst, leaving your skin red.

And, of course, as your body temperature lowers, hypothermia sets in. Libs might demonize the Border Patrol. But it’s catches like these that keep the men going. Saving lives, again, is most of what they do.

And when they’re too late, the US has no problem prosecuting the leaders to the full extent of the law.

Another driver of a refrigerated tractor-trailer now faces the death penalty if he is convicted in a human smuggling case where ten illegal immigrants died after being locked in the back end of a trailer.

That’s right – the death penalty, for ending the lives of non-citizens. Because it’s the right thing to do.

Someone tell me again that protecting our borders is cruel and inhumane.