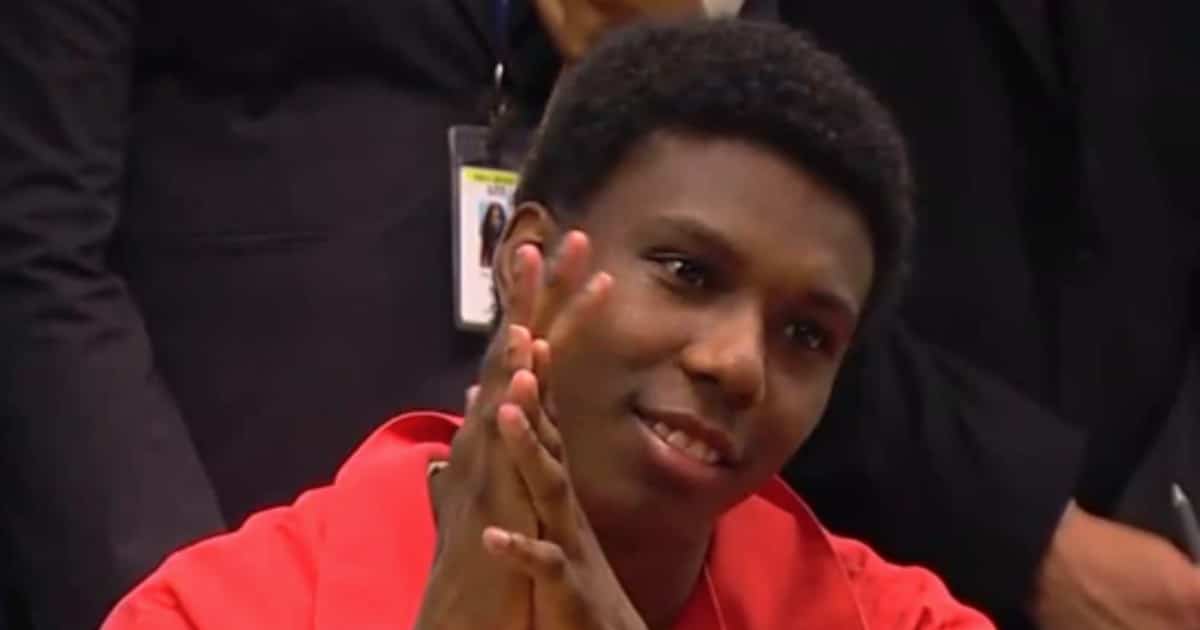 Most citizens cannot imagine the horror of losing a loved one. The pain that grips a family will last the rest of their lives.

What’s even worse is to see their loved one’s killer, completely unremorseful over his actions.

Yet that’s just what happened at a recent trial. The judge, however, set him straight.

According to WXYZ News in Detroit, Danta Wright had confessed to killing another young man in Ann Arbor. While relatives of the victim read a heartfelt statement to the court, Wright acted amused by the upset family.

“I’ve lost my only child, my son, my baby, my friend. More than that, I lost laughter and love. I no longer have the hope of having grandchildren,” a family member read aloud from a statement prepared by the victim’s mother.

Wright apparently wasn’t moved by the emotional words, but the judge was outraged by his cavalier attitude.

“Watching you sit there, smile, laugh, shake your head like this was no big deal— I’m very tempted to just say, ‘I’m not going to accept this sentencing agreement and we’ll go to trial’ and if you’re convicted of felony murder, you’ll go to prison for the rest of your life,” Judge David Swartz scolded…

Despite the judge’s temptation to move the case to a full jury trial, Klee’s family stated that they didn’t want to go through a drawn-out legal process. For the sake of closure, they asked the court to keep a plea bargain in place.

Even without a full trial, that plea agreement means that Danta Wright will spend 23 to 50 years in prison.

It’s hard to imagine anyone laughing at the pain of a family. Yet this is the same person who had no problem killing their son.

Sometimes deaths are terrible accidents or crimes of passion. Other times, they are done by people who lack the basic morals needed to live in a civilized society.

This judge was absolutely right in condemning Wright for his shocking attitude in court. He took the life of another man. Yet he showed no sadness or remorse, even after being convicted.

By taking the plea deal, he gets a lesser sentence. But is that fair? That family will never see their son again. A brother and friend is gone forever, but his killer can get off slightly easier, despite his attitude.

My guess is jail will not go well for this one.