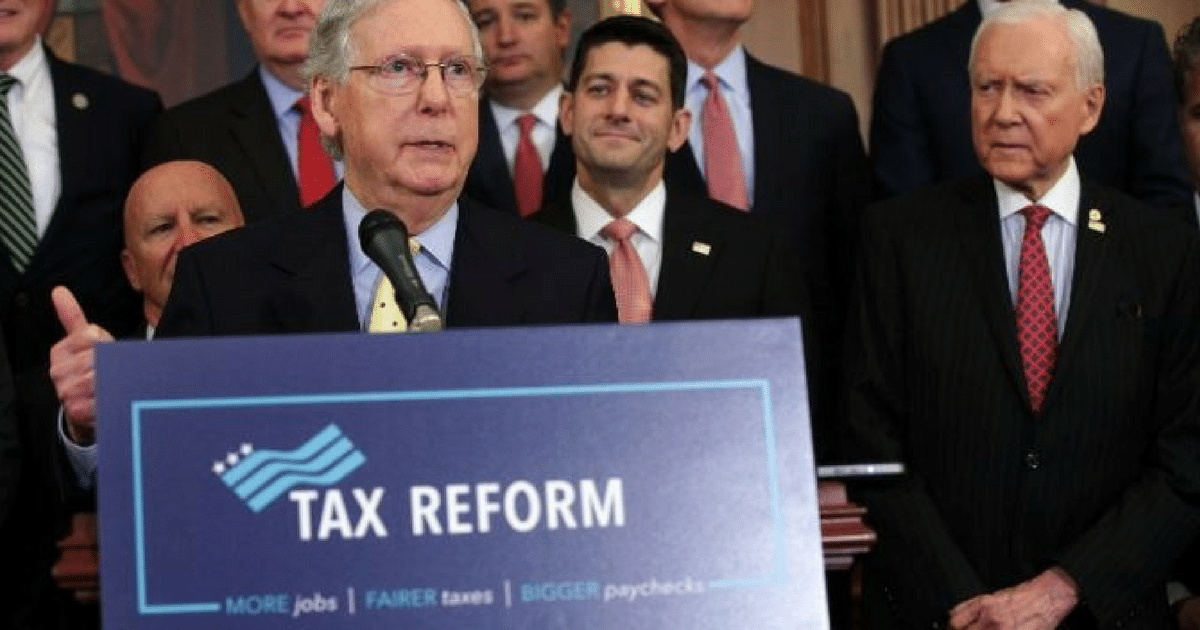 As odd as it sounds, sometimes the sign of a true leader is the fact that everyone hates the boss.

He’ll keep demanding more and more from his subordinates, he won’t listen to people who tell him his vision is impossible, and he doesn’t accept anything less than the best.

In the end, of course, the employees praise the boss for his vision, but hate him in the middle of it. That’s the cost of pushing people to do more.

If you’ve been paying attention to the president’s efforts to cut taxes, you’ve learned one thing by now – mainstream Republicans are really angry with Donald Trump.

But if you’ve been paying attention to the American people, you also know why they’re angry – Trump is forcing Republicans to craft the best tax bill possible. And he isn’t taking no for an answer – no matter how much Republicans want him to.

It’s why he just insisted on two major changes to the bill – and one of those changes is repealing the Obamacare Individual Mandate.

And lord knows that’s something Americans can get behind.

.@IvankaTrump: "Tax reform is a critical component of our plan to invigorate the economy." pic.twitter.com/2mXlBrv9Px

The president tweeted that he’d like to see the legislation repeal Obamacare’s individual mandate and cut the top individual tax rate to 35 percent.

I am proud of the Rep. House & Senate for working so hard on cutting taxes {& reform.} We’re getting close! Now, how about ending the unfair & highly unpopular Indiv Mandate in OCare & reducing taxes even further? Cut top rate to 35% w/all of the rest going to middle income cuts?

The lifetime politicians in DC grumbled at this. Of course they did. It meant a little more work, a few more hours, and a bit more tweaking of the existing draft.

Both the House and Senate bills currently being crafted have top individual tax rates above 35 percent, with the House at 39.6 percent and the Senate bill dropping slightly to 38.5 percent.

The grumbling should probably be ignored. For good reason – Republicans have been wanting tax reform for a long, long, long time. They finally have their chance.

If they didn’t make the new bill the best it could be, they’d be wasting a chance that probably won’t come around again in some 50 years. It’s not every election that ends up with a Republican president and Republican majorities in both the House and Senate.

Wouldn't it be awesome to do your taxes on this simple postcard?

In other words, ‘do it right the first time, because you might not get a second time.’ Trump gets it.

And he’s forcing DC to get it, too. Whether they want to or not.