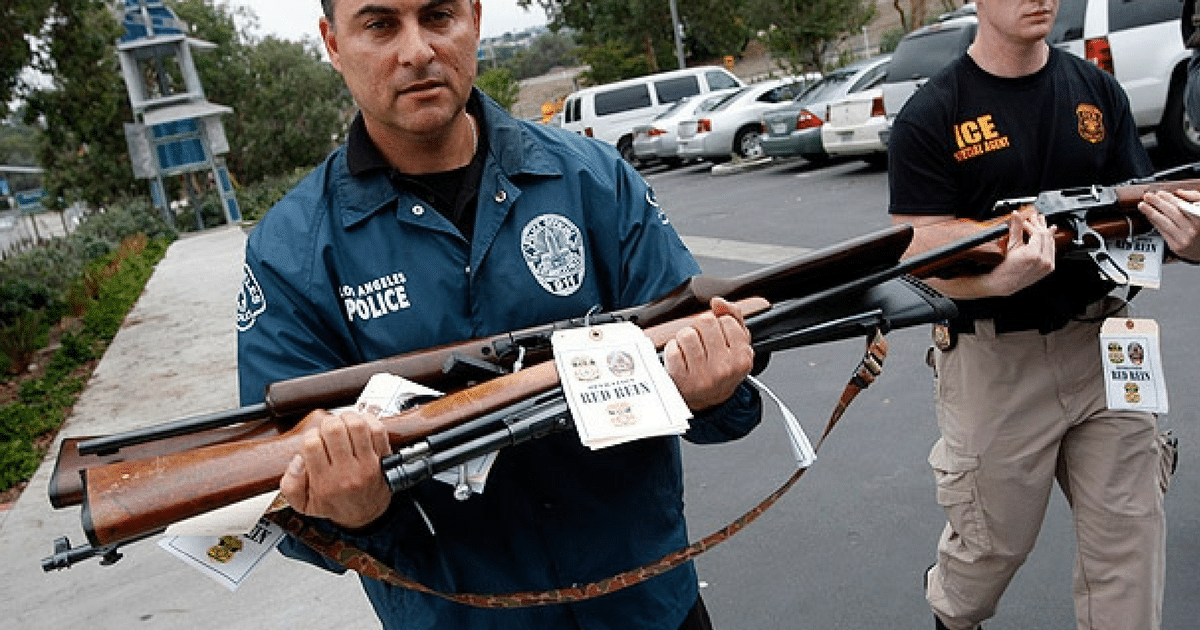 We’ve been warned about it for years, and it’s finally happening – liberals are trying to take your guns.

Mind you, I used to think this was a bit of an exaggeration. The Left loves power, after all, and nothing gets people behind a politician like ‘fake outrage over mass shootings.’

I say ‘fake,’ of course, because real outrage would quickly figure out that gun control wouldn’t actually solve the problem.

Which brings me to today’s new law – one that allows the government to simply knock on your door and take your guns away without your knowledge.

And the kicker? In order to get people behind this law, Democrats are lying about the number of mass shooting victims…by mixing them up with suicide deaths.

[A new law] would legalize firearm confiscation orders, [allowing] a judge to issue an order for the confiscation of an American’s firearms without the firearm owner even being present for the process.

His or her first knowledge of the order would come when police knocked on their door to sweep the house for firearms.

[The law’s supporters] do not differentiate between Americans who die due to suicide versus those who die via gun crime, homicide. Gun crime only makes up one-third of gun deaths each year in America. Two-thirds of the deaths are suicides.

The suicide lie is not the only lie hidden within this bill.

There’s also the simple fact that the bill itself, just like every other gun control bill, wouldn’t actually work to stop the mass shootings that inspired them in the first place.

Clearly the goal is not safety, it’s to restrict your rights. https://t.co/lWZWZQtykE

I would say that this level of dishonesty it is too low even for the Left, but it’s become commonplace whenever liberals want to take your guns. And everyone is falling for it – even traditionally conservative country music stars like Tim McGraw.

The orders are supported by Sandy Hook Promise, the gun control group to which Tim McGraw donated concert proceeds in July.

It’s one thing to deceive New Yorker-reading Berkeley elites who’ve never worked a real day in their life. It’s quite another to deceive the same country singer who brags about obeying his parents, serving his country, and saying, ‘yes, sir,’ and ‘yes, ma’am.’

Put simply, the Democrats are getting better at this.

And when it comes to opposing gun control laws that don’t actually work, we need to be better, too.