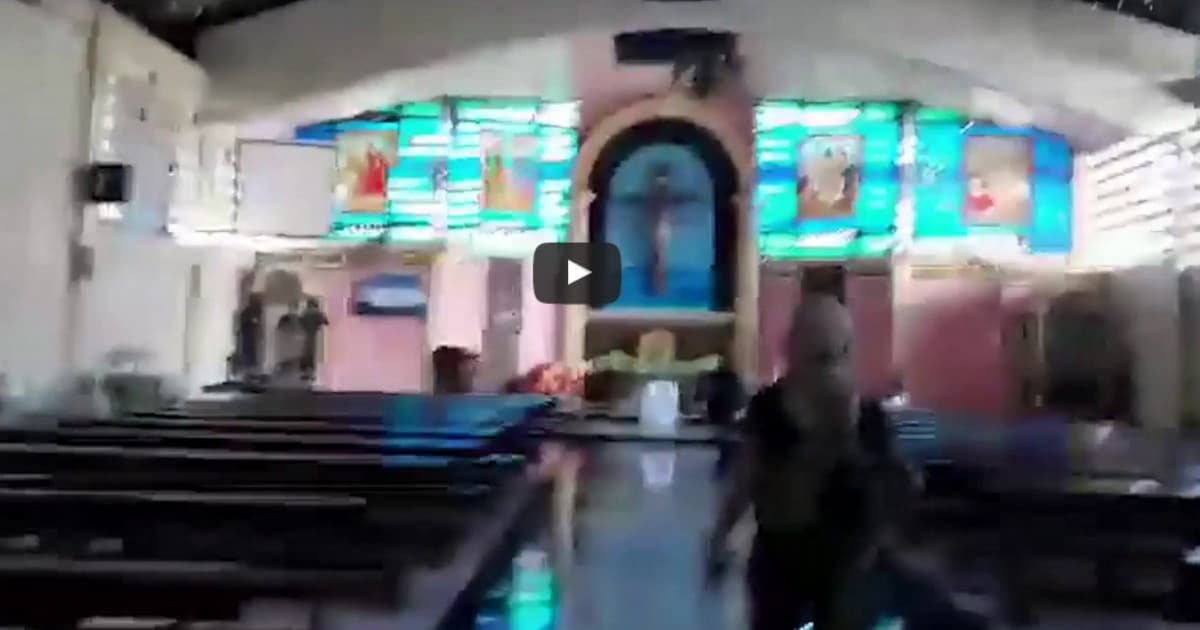 And we now have one more thing to add, and it might be the worst of all.

This particular item is on video. And it’s not the worst because of what’s on the video, mind you – because all this video shows is a church being trashed by ISIS converts. Which is bad, but not as bad as a beheading.

No, what’s bad about this is what it means: ISIS is trying to set up a second caliphate, another Islamic State, far from the Mideast.

And this one’s in the Philippines. Which is much, much closer to home.

A group of reported Islamic State terrorists destroyed a Catholic church in what appears to be the Philippines, according to footage released by the ISIS news agency Sunday.

The video shows several members of the terrorist group entering the church and proceeding to destroy the various icons and vestments inside.

They later pile up various pictures, texts and other religious paraphernalia near the altar and set them on fire before leaving the building. The video then cuts away to a shot outside, showing the church engulfed in flames and smoke.

It’s easy to miss the significance of this, simply because there’s no one dying in the video. For which, mind you, thank God.

But ripping up a church in the heart of a very, very Catholic region can only mean one thing – ISIS is signaling that they’re starting a new religious and political order. And the old church has got to go. And so do all the Christians.

Filipino security officials believe that the [ISIS converts] Maute Group and Abu Sayyaf were attempting to establish an Islamic caliphate in the southern portion of the country.

The symbolism behind tearing up a church isn’t new – in fact, the Catholic Spanish did the same thing themselves when they came to Central and South America.

‘Tearing up a church’ always means the same thing. And the Spanish tore up the idols, and the temples, and everything that the natives used for human sacrifice. A new church had arrived.

What they didn’t do was bomb innocent people, or cut off their heads on video. That’s new.

And, if the ISIS converts in the Philippines have their way, they’ll have two separate spots from which to take over – the Mideast, and the Pacific Islands.

None of that is good. God help us.