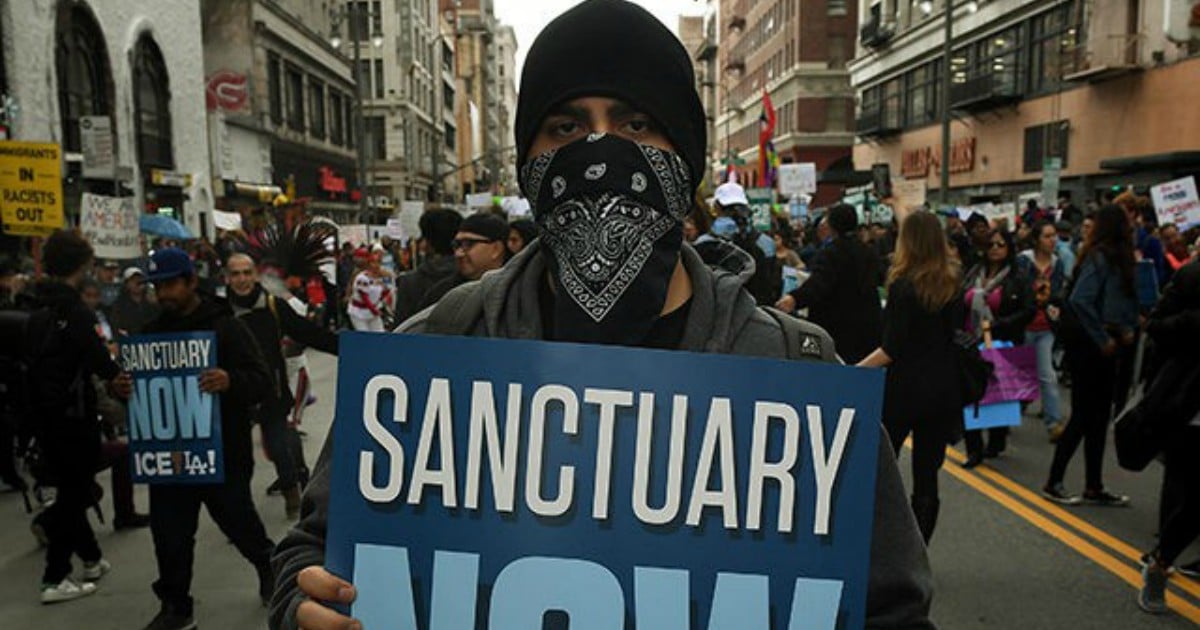 Illegal immigration will never go away until all Americans work together.

We need to recognize that this practice hurts both citizens and immigrants. It empowers crooks and rapists.

Yet not only are sanctuary cities defying the orders of the government, they are now trying to permanently destroy our country.

“Sanctuary cities” across the country are pledging to make one million immigrants into U.S. citizens this year, partly as a response to the policies of President Donald Trump.

According to the Washington Examiner, the in+itiative is being pushed by a group called “Naturalize NOW!”—which is tying its campaign to patriotic American holidays like the Fourth of July…

The mayor of Los Angeles, home to millions of legal and illegal aliens, is an enthusiastic supporter of the Naturalize Now! Campaign..

According to the “Naturalize NOW!” website, the campaign to make 1 million new citizens (and presumably voters) is motivated in large part by a desire to shield the immigrant community from the policies of President Trump.

“At a time when xenophobic and anti-immigrant rhetoric has inundated the presidential campaign trail,” the group’s mission statement reads, “we must empower the immigrant community so that their voices may be heard at the polls.”

Becoming a citizen of the United States is no easy task. It’s why so many would rather be here illegally. There are numerous requirements and a strict test. Plus, if you’re here illegally, you’re immediately disqualified.

The hope, of course, is that all these new citizens will vote democrat. But it doesn’t matter. We know they try to let them vote anyway as illegals.

This movement is an attempt to legitimize the actions of law-breakers and criminals. It aims to validate the fact that they came here illegally.

That includes many drug dealers, gang members, and violent criminals. It’s an attempt to deprive American citizens of their natural-born rights and give them to strangers.

But they have a long road ahead of them. This group will try to push their agenda, but they might find very few illegals want to be legal, tax-paying citizens.

Plus, once Trump’s anti-illegal immigration laws go through, sanctuary cities will be in dire straits.